Best Rates.
Most Availability.
No Fees.

Few places this side of heaven engender the image of a classic vacation spot as a summer rental spent at a Cape Cod bed and breakfast. Cape Cod! Just the sound of it makes you want to pack a bag and head for the venerable paradise by the sea. 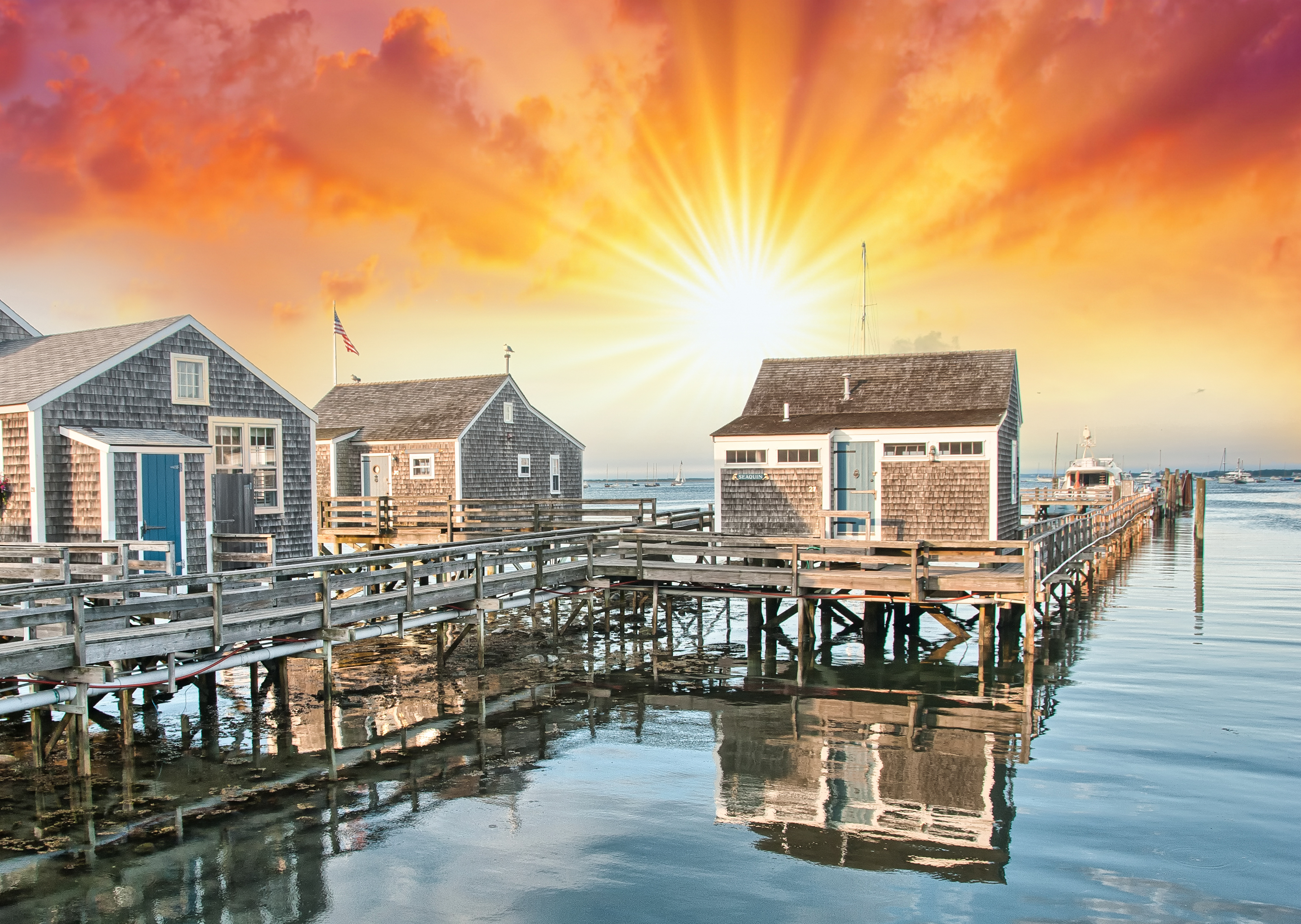 Built in 1901 as a loving husband's gift to his wife, Palmer House Inn is a natural continuation of its romantic beginnings. Set in the beautiful historic preservation district of seaside Falmouth, the inn enjoys a relaxed and scenic setting that is little changed from those early days and untouched by today's fast pace. Its carefully preserved Victorian ambience and modern subsurface infrastructure keep you comfortable with the comforts and amenities you would expect. Be it tea on the porch, a leisurely walk to the beach, a stroll downtown for freshly made ice cream or a sampling of Falmouth's excellent shopping and restaurants, be it a boat ride to wonderful Martha's Vineyard, an evening spent at a live theatre or musical performance, or a brisk bike ride down our deservedly celebrated Shining Sea Bike Path, your Cape Cod holiday can be as relaxed or as exciting as you would like it to be. Palmer House Inn. Falmouth-by-the-Sea. Cape Cod. Perfect bliss.

A romantic Cape Cod Bed and Breakfast getaway experience awaits you at The Captain’s Manor Inn. Located in Falmouth Village’s national registry historic district and set on over an acre of meticulously manicured gardens, your getaway offers a choice of 7 guestrooms with private baths, guest common areas including a Café with refreshments, an elegant living room with the original 1849 black marble fireplace and countless areas to relax on the 2000 square foot wrap around veranda. Just a short stroll from The Captain’s Manor Inn you will discover some of Cape Cod’s best restaurants and boutique shops, as well as museums and galleries. For those who love nature there are many options to explore such as Beebe woods, the Shining Sea Bikeway, The Knob and Falmouth’s 12 beaches. We look forward to welcoming you to the wonders of Cape Cod, and The Captain’s Manor Inn.

Ashley Manor, circa 1699, is one of the most gracious estates on Historic Old King’s Highway, scenic Route 6A. The Inn is centrally located in the Historic Village of Barnstable minutes from Barnstable Harbor and Cape Cod Bay. The properties mid-cape location is just minutes away from the Hyannis Ferry for those day trips to the islands of Nantucket and Martha’s Vineyard. Rich in history, you’ll find the delightful village of Cape Cod easy to reach from Ashley Manor’s front door. For your visit to Cape Cod, Ashley Manor offers six spacious guest rooms from which to choose. Four luxury suites with wood-burning fireplaces, private en-suite baths and over sized Jacuzzi tubs. Additional suite features include individual ductless air and heat, HDTV and King or Queen sized beds. Two deluxe guest rooms offer en-suite baths and all of the traditional amenities. There is a private balcony for the exclusive use of the Phinney's Terrace room. The home was once believed to be a "safe house" during the Revolutionary War as well as one of 6 hotels to be a stop on the Underground Railroad. Today, Ashley Manor's 17th Century charm is carefully blended with modern luxury. It is no surprise that the New York Times called Ashley Manor, “One of the nicest on the Cape” and recently named 2021 B&B of the Year - Cape Cod by LUXlife magazine! Stay at Ashley Manor and indulge in a multi-course chef inspired gourmet breakfast each morning. During warm summer mornings, breakfast is served on the brick patio overlooking the spacious 2-acre park-like gardens. When the weather chills down, service moves inside to the formal dining room with glowing wood burning fireplace. Guests have full use of the onsite Tennis court with recently added Pickle ball lines.

A Romantic Bed & Breakfast on Cape Cod Exhale and relax as you experience luxury and personalized service that make you feel like you've just arrived home! Built in 1845 by a wealthy Sea Captain, the historic Captain Farris House has been restored to incorporate luxurious, modern amenities while preserving its distinctive Greek Revival style architecture. The result is a picturesque B&B featuring 10 inviting rooms, an elegant dining room, a lovely parlor, and stunning gardens. Each of the cozy accommodations at the Captain Farris House offers its own charming features along with private en-suite bathrooms with whirlpool tubs, fluffy bathrobes, soft linens, comfortable beds, and beautiful views. World-class antiques and exquisite window treatments adorn all the rooms. After a wonderful night’s stay, wake to a full breakfast each morning in the elegant dining room or in the sun-drenched courtyard. Be welcomed with the aroma of fresh baked goodies when you walk in the door as you exhale and relax after a busy day. Stroll the gardens, sip tea in the parlor, browse the DVD collection for a cozy movie night, or unwind with an evening refreshment while listening to a variety of soothing music. There are so many fun things to do on Cape Cod, and the Captain Farris House is the best place to stay to experience them all.

Cape Cod’s Best-Rated Boutique Hotel! Top 1% of Hotels in the World for Quality, Service, and Value (TripAdvisor Travelers’ Choice 2019). Award-Winning, Adult’s Only Luxury Inn located in the heart of Cape Cod with easy access to all of the Cape. Everything is included in your rate, there are no hidden fees. Beach Access is a short walk or bike ride away. Complimentary bikes for Guest use - bike the Cape Cod Rail Trail! Gourmet Breakfast (Chef’s Choice) each morning, included. Clean, Modern Design planned with your comfort in mind. Enjoy 1st Class Service & a Personal Concierge to live like a local, or just relax. Some rooms with private entrances.

Welcome to Gabriel’s, a Provincetown hotel, situated on the tip of Cape Cod, in the heart of Provincetown, Massachusetts. You'll enjoy being in close proximity to many activities and attractions like Bas Relief Park and the Pilgrim Monument Memorial Park. We are just steps from the bustle of Commercial Street, but our garden oasis offers total seclusion - the best of both worlds! We offer a variety of accommodations ranging from guest rooms, to suites, to spacious apartments. Children and pets are welcome for a nominal fee in selected rooms - please inquire. For over 30 years, Gabriel’s, a Provincetown hotel has offered a quiet oasis of luxury accommodations. Located in the heart of Provincetown, MA, this New England getaway is comprised of four beautiful historic buildings. Guests will enjoy the variety of spacious, elegantly appointed guest rooms, suites, and apartment units. There are also charming common areas to relax in, like the garden courtyard and sun decks. Located on the tip of Cape Cod Gabriel’s, a Provincetown hotel is nearby many seaside activities and attractions. Enjoy an afternoon sailing, swimming, or whale watching. There is an array of seafood restaurants, boutique shops, art galleries, and cabarets to enjoy while visiting our charming hotel.

Vacation, relax and unwind at our waterfront inn with its beautiful, sun drenched, sandy private beach overlooking the warm tranquil waters of Nantucket Sound on Cape Cod in Harwich Port, MA. The Inn is centrally located on Cape Cod and is within an hours drive to Provincetown at the tip of the Cape to the East and Woods Hole/Falmouth to the SouthWest. Enjoy our pristine beach and, from your comfortable vantage point along the water’s edge, watch the sailboats racing in the weekly regattas from neighboring harbors. Try our quaint beachfront Inn. It has been the destination for many families over the years who are looking for a low key beach vacation to escape their hectic day to day schedules. 2019 Weekly Rental: Book 6 nights, get the 7th night free With a six night stay we are happy to offer you an extra night Free during the 2019 season: April 15th to Nov 1st 2019. Discounts cannot be combined. All 7 nights must be consecutive.

The Inn at the Oaks
Eastham, Massachusetts
viewwebsitebook
4.7/5

The Inn At the Oaks is a charming 13 room Inn located in Cape Cod’s historic Eastham, MA. We offer spacious and light-filled accommodations, delicious continental breakfasts, thoughtful amenities, and unfaltering attention to detail that will ensure your Cape Cod vacation experience will be cherished for years to come. We are across from the National Seashore Visitor Center and close to Coast Guard Beach, Nauset Light Beach, First Encounter Beach, the Cape Cod Rail Trail, golf, kayaking, and award winning restaurants.

Innkeepers do not increase prices on bnbfinder to cover their costs because we are a commission-free site.

Innkeepers display more room availability because you book direct with the property and we do not charge booking fees.

Sweet dreams knowing you get the best rate, pay no fees and are supporting small business.

Sticking out into the ocean from the Massachusetts mainland like an exaggerated leprechaun boot, the Cape Cod National Seashore was still a couple centuries away from existing as a sanctuary for vacationers after the first pilgrims arrived at Plymouth Rock. In those days people had other more pressing priorities than vacationing – they were trying to eke out a living while forging the foundation of a new nation. Over time, however, descendants of the early settlers recognized the great potential the New England coast possessed in its bountiful seafood, whaling enterprises, and the commercial interests that supported these industries.

Once a measure of stability was realized, culturally and economically, those with the time and financial resources began looking for places to build a new home, a second home, or spend time at the seashore pursuing other activities besides work. It was these early homes, these restaurants, and hotels that set the stage for the leisurely bed and breakfast inn to take hold.

There are endless choices for bed and breakfast inns across this historic region. Many inns are located on the waterfront at the shore or close to an inlet. Thousands more exist blocks or miles inland, each with their unique style, history, menus, and amenities. Some are classic New England and have been around for a century or more. Others have a modern sheen to them with the latest in design and décor. And still others have experienced one or more renovations to keep up with the times.

Working your way out from the mainland, Falmouth is located at the “heel” of the boot, Chatham is midway around the boot, almost peninsular in its isolation, and Provincetown at the very tip of the boot, curling back on itself to produce a rather perfectly-formed bay. Race Point Beach is located at the apex of the curl and faces the Atlantic Ocean.

There are many outstanding points of interest between these three towns and plenty of B&Bs from which to choose. Being almost equidistant from one another, these seafaring beach communities are large enough to provide all the necessities of modern-day life while still small enough to maintain their historic charm.