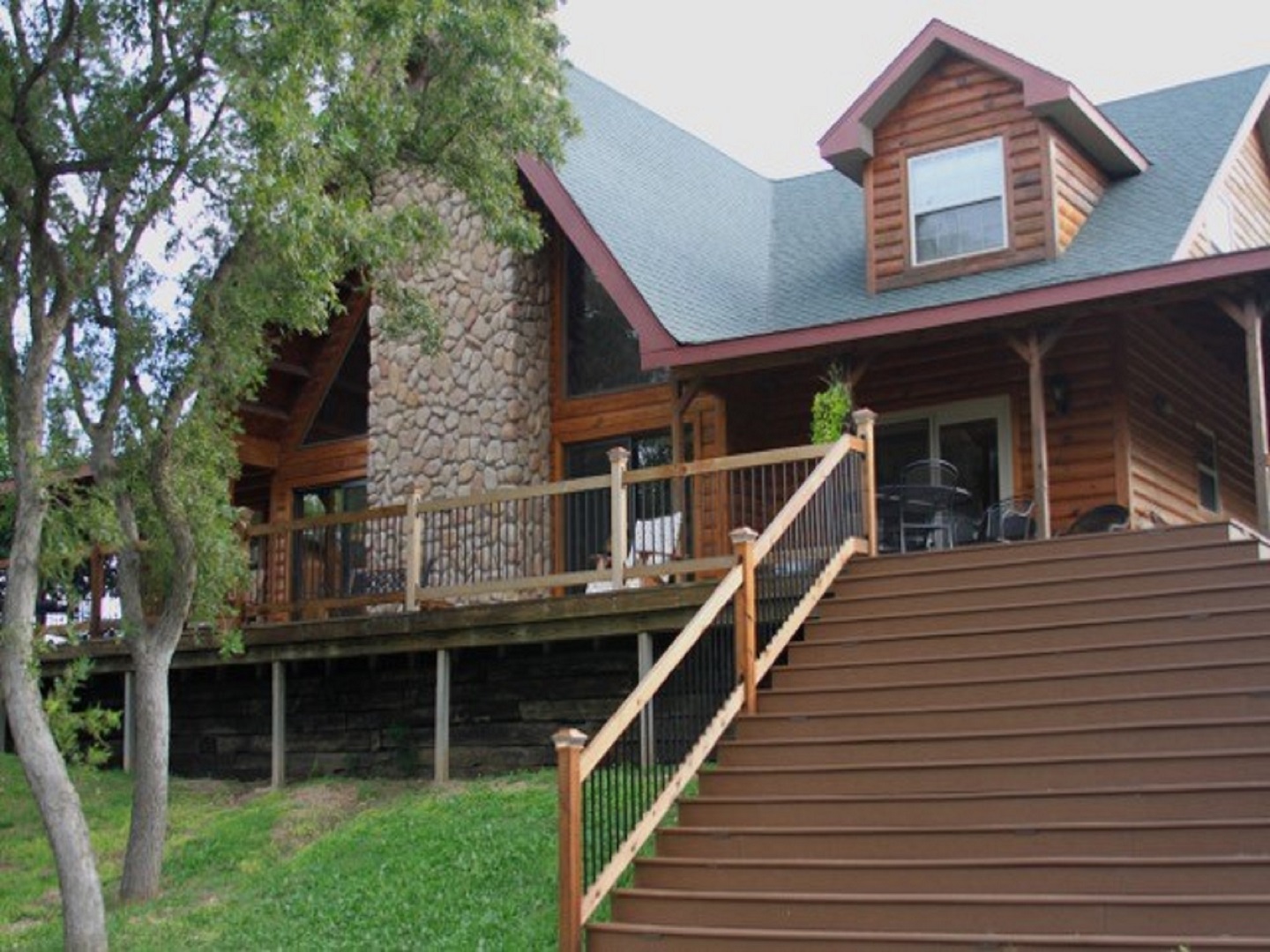 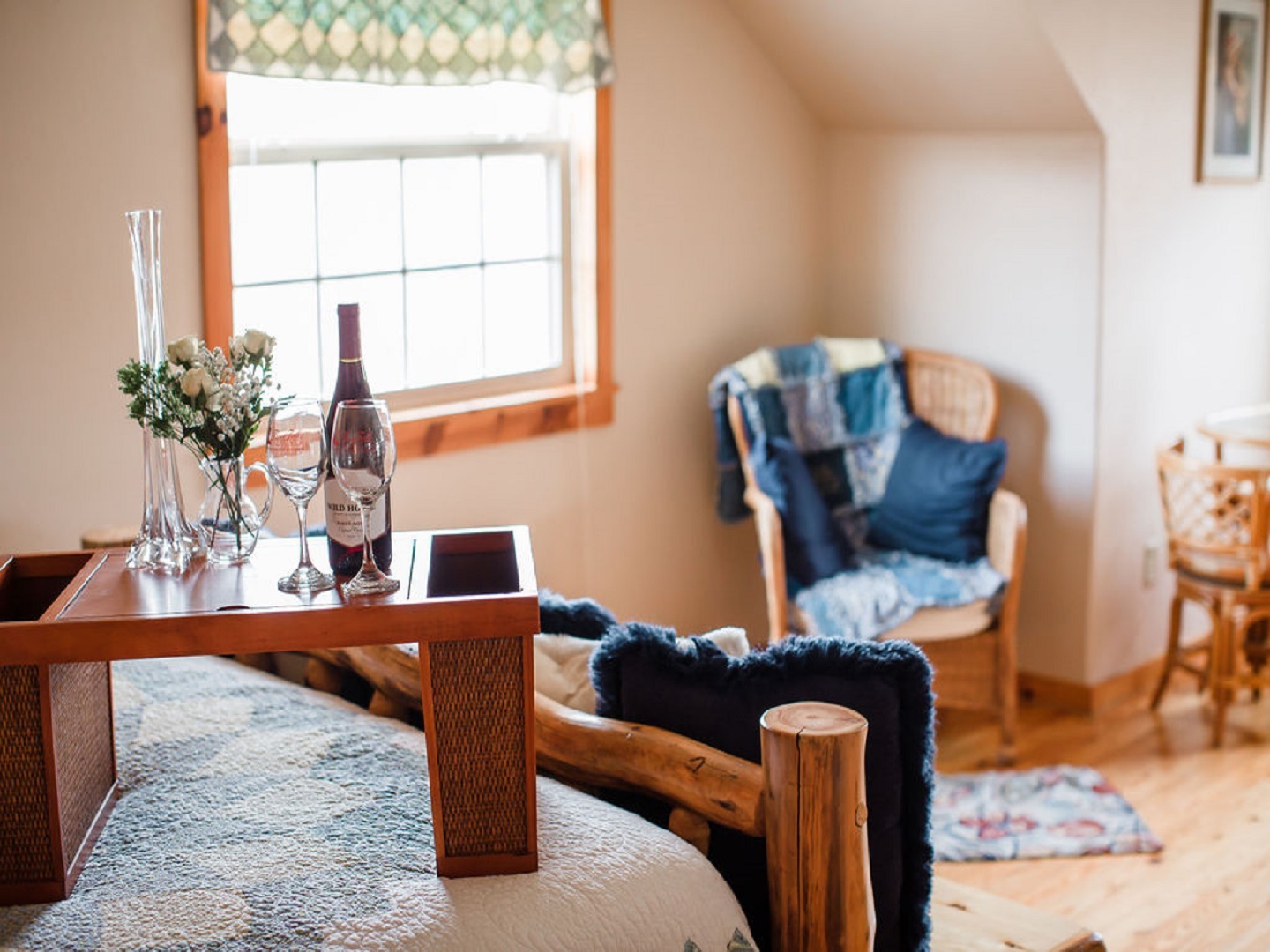 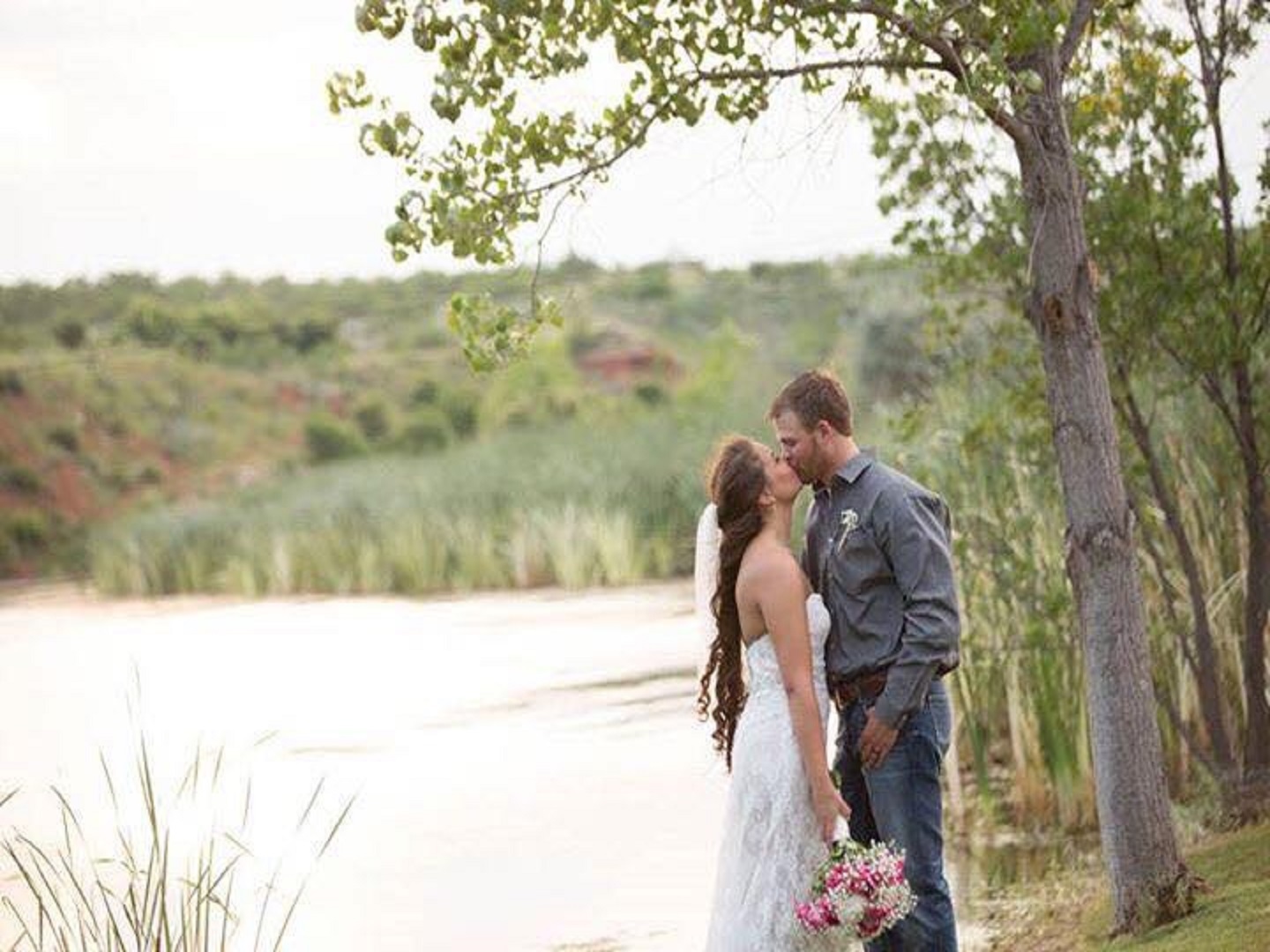 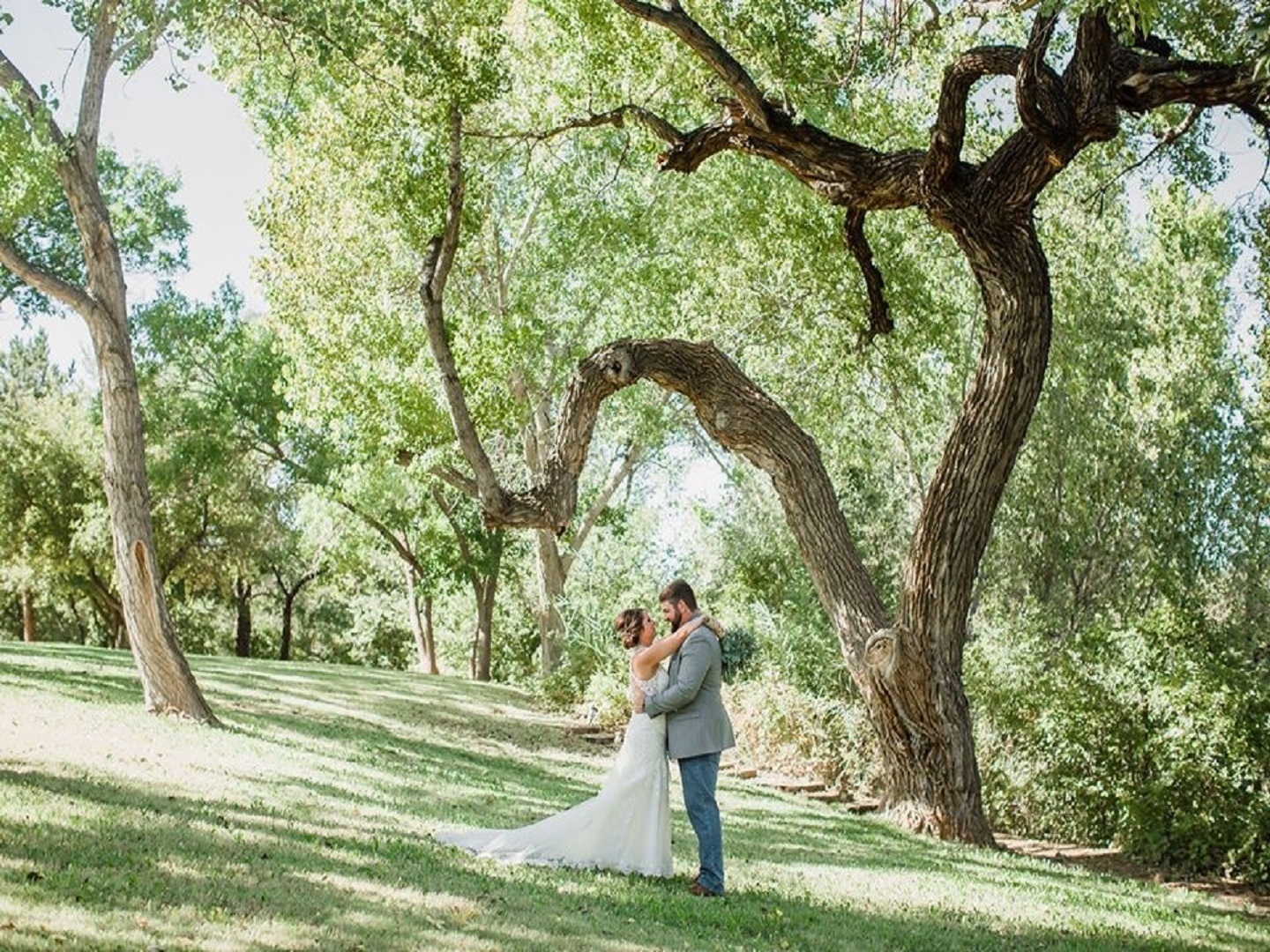 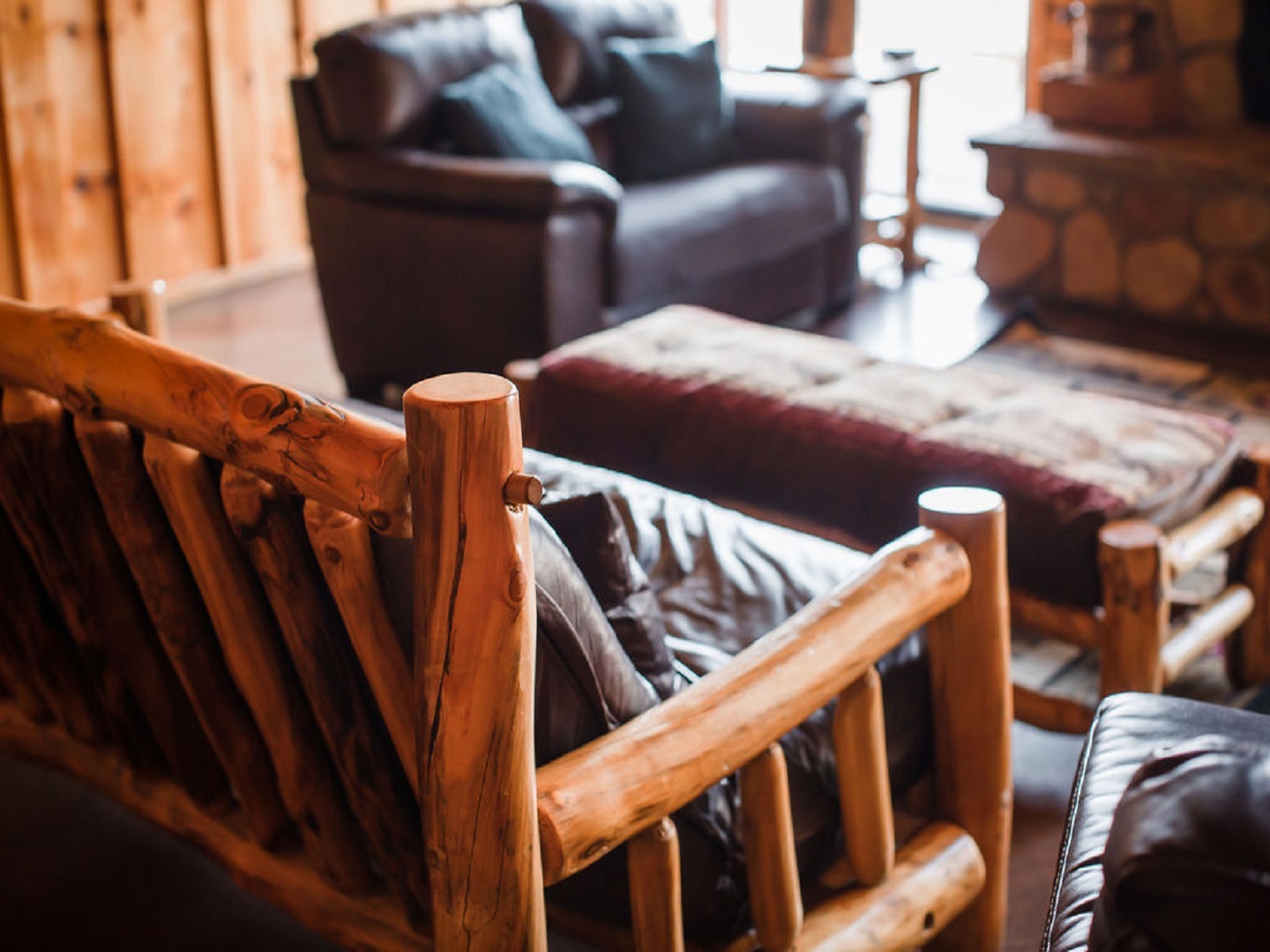 Discover our Romantic, two story, five bedroom, Countryside Lodge or the secluded Luxury Cabin, both built and established in 2003, overlooking our stocked, spring fed private pond. A 43 acre serene location, nestled amongst wildflowers, rolling hills and red rock canyons. We are located 1/2 mile from Lake Meredith National Park Service and only 50 minutes from Amarillo, 15 minutes from Fritch, 20 minutes from Borger and 30 minutes from Dumas. 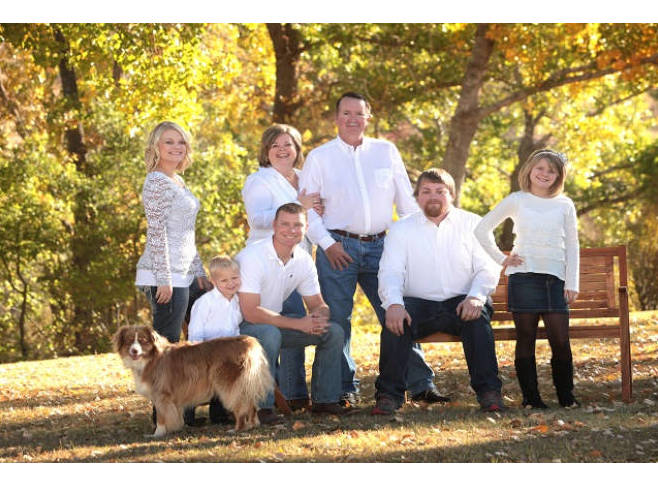 Kirk and Rebecca Weatherford are the owners as well as your hosts at Three Falls Cove. They were married January 19, 1991. Kirk grew up in Hartley, Texas and Rebecca grew up in Groom, Texas.

Several years back, while Kirk and Rebecca were living in Dumas, Texas, Rebecca said, “If I could do anything I wanted, I would open a bed and breakfast.” Kirk said that he wasn’t going to move and no one would want to come stay with us here.” Well, in the fall of 2001, the KZ Ranch (now known as Three Falls Cove) came up for auction. Kirk put the house up for sale without talking to Rebecca or showing her the place (amazing he’s made it 27+ years!).

They prayed about the auction and were unsuccessful. Kirk was relieved. Two days later, the owner of KZ Ranch called Kirk and Rebecca and offered to sell it to them as well as give them more time to make the transaction. Two months later they had a new home, 43 acres and a mule, I mean a pond.

Shortly after the move, God led them to First Baptist Church in Sanford. The church immediately felt like home to them both. FBC Sanford outgrew the building there (400 people worshipping in a town of 200) and moved to Borger where the Church became Grace Fellowship with Marshall Ford as senior pastor. If you stay at Three Falls Cove, Grace Fellowship is definitely a great place to worship.

Rebecca worked for the State of Texas until October 2002, when she resigned to devote more time to home, church and possibly pursuing her dream. Kirk and Rebecca own Nexgen Dirt Work and Paving Inc. which contracts septic system installation, as well as dirt work and asphalt.

They have two children, Lindsey and Neal. Lindsey married Brad Boman. Kirk and Rebecca became grandparents on New Years Day 2005, with the arrival of Brooklyn Rhyann Boman and again in August 2011 with the arrival of Brayden Wayde Boman. Neal graduated West Texas A & M in Canyon in 2009 with a business management degree.

Kirk and Rebecca both look forward to your visit and would enjoy the chance to tell you more about how great God is and all that HE has done in their lives. If it wasn’t for the Lord, Kirk wouldn’t have made it 29+ years, just ask Rebecca! God will give us the desires of our hearts when we put HIM first.