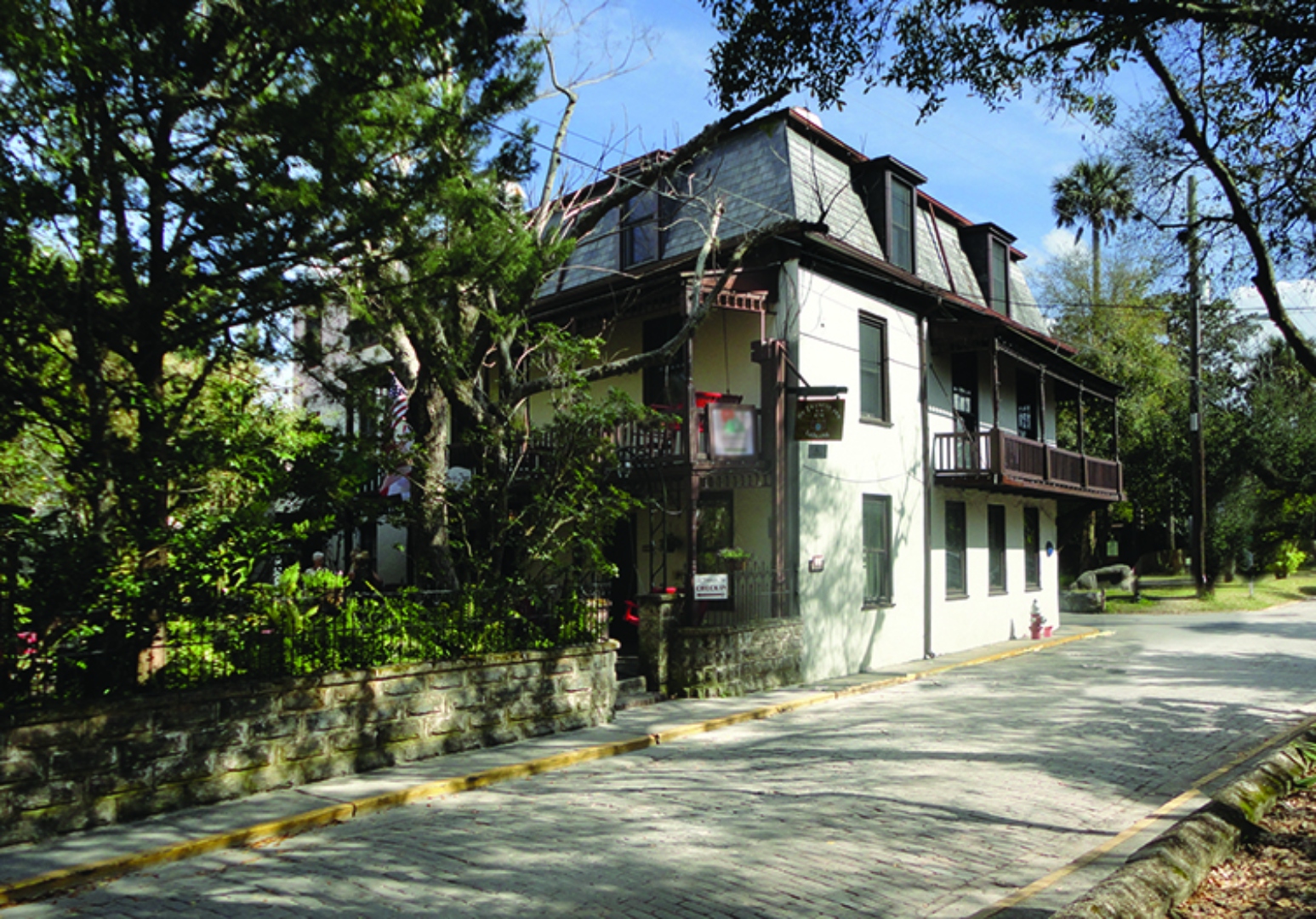 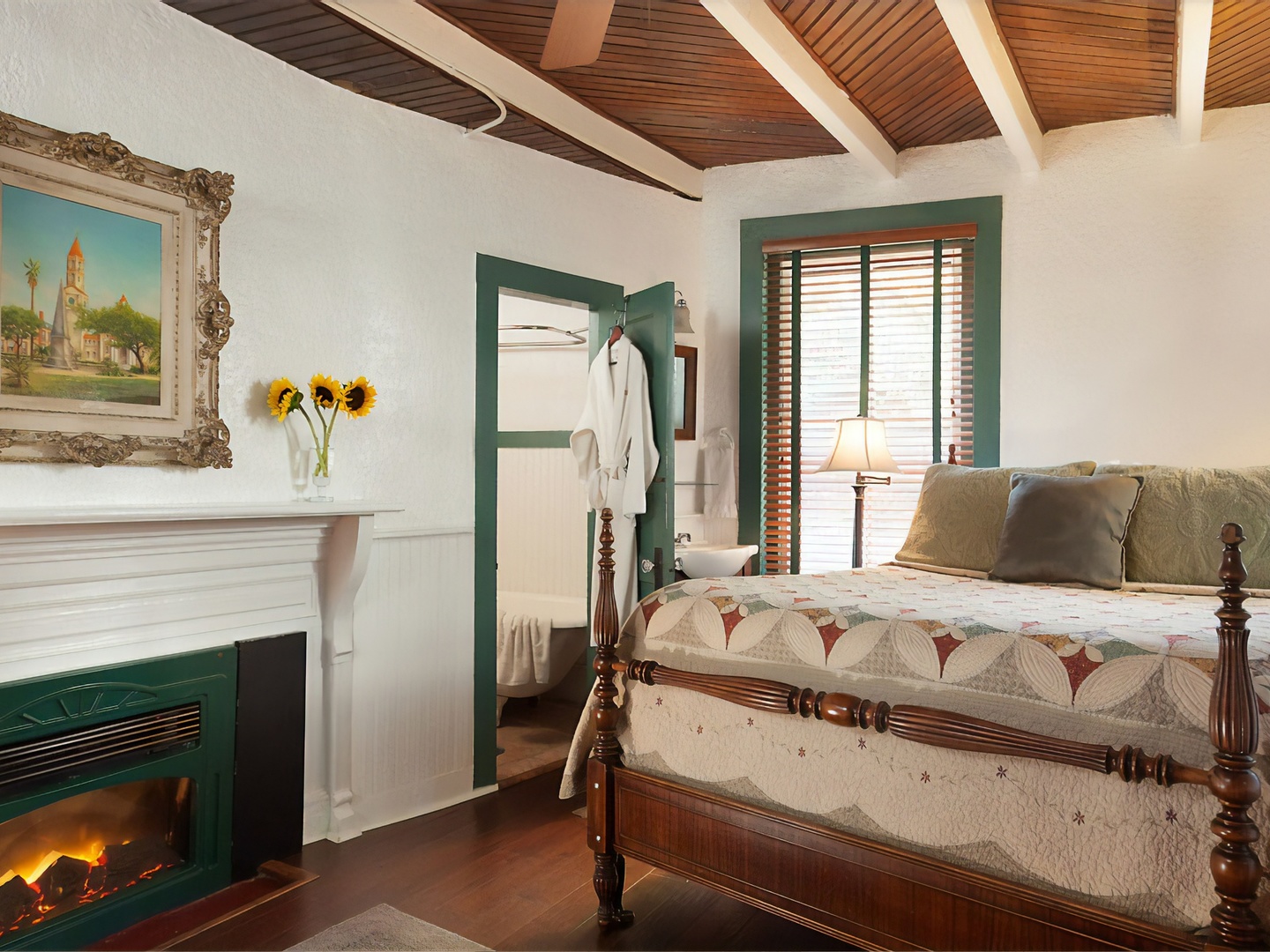 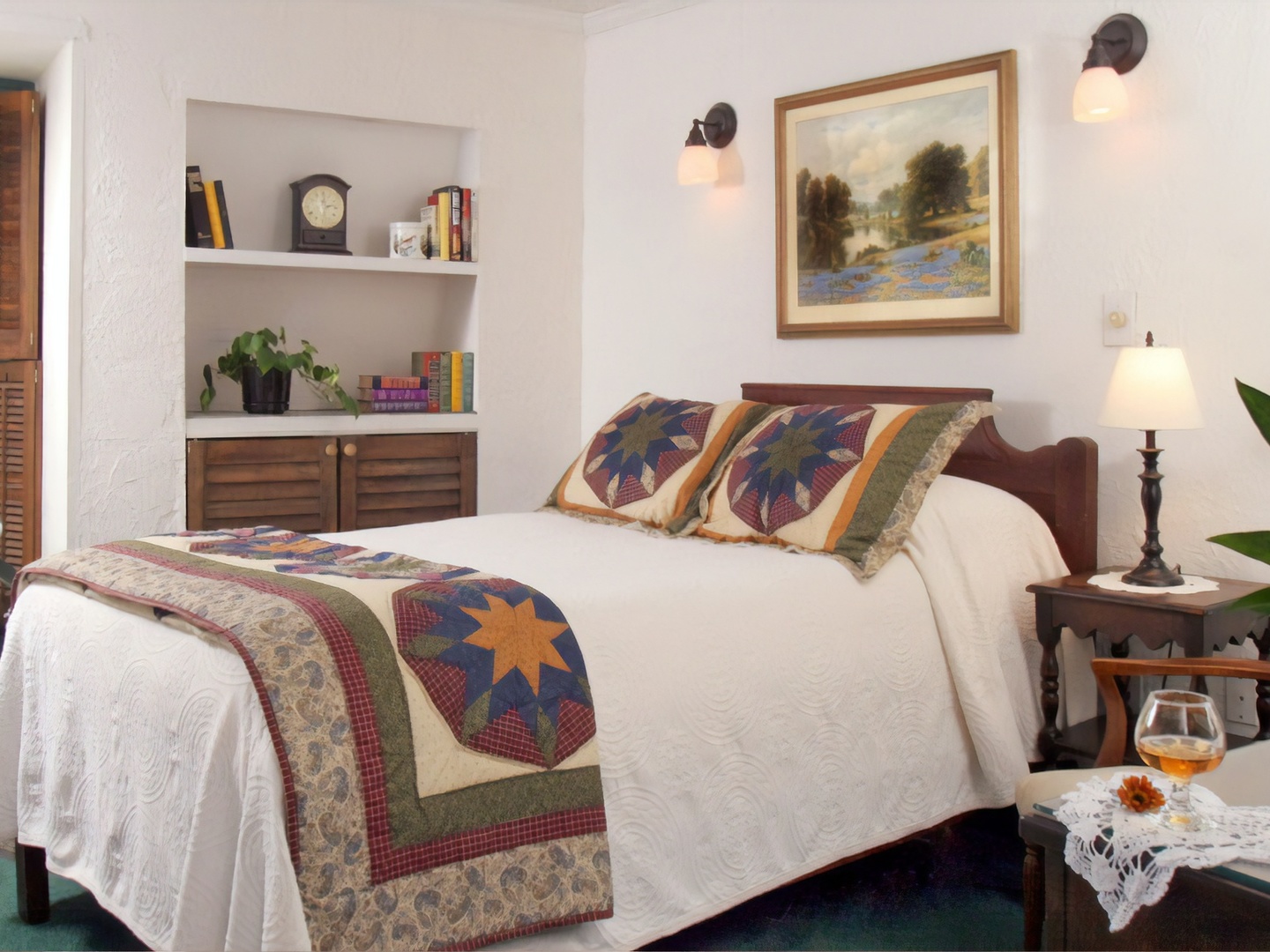 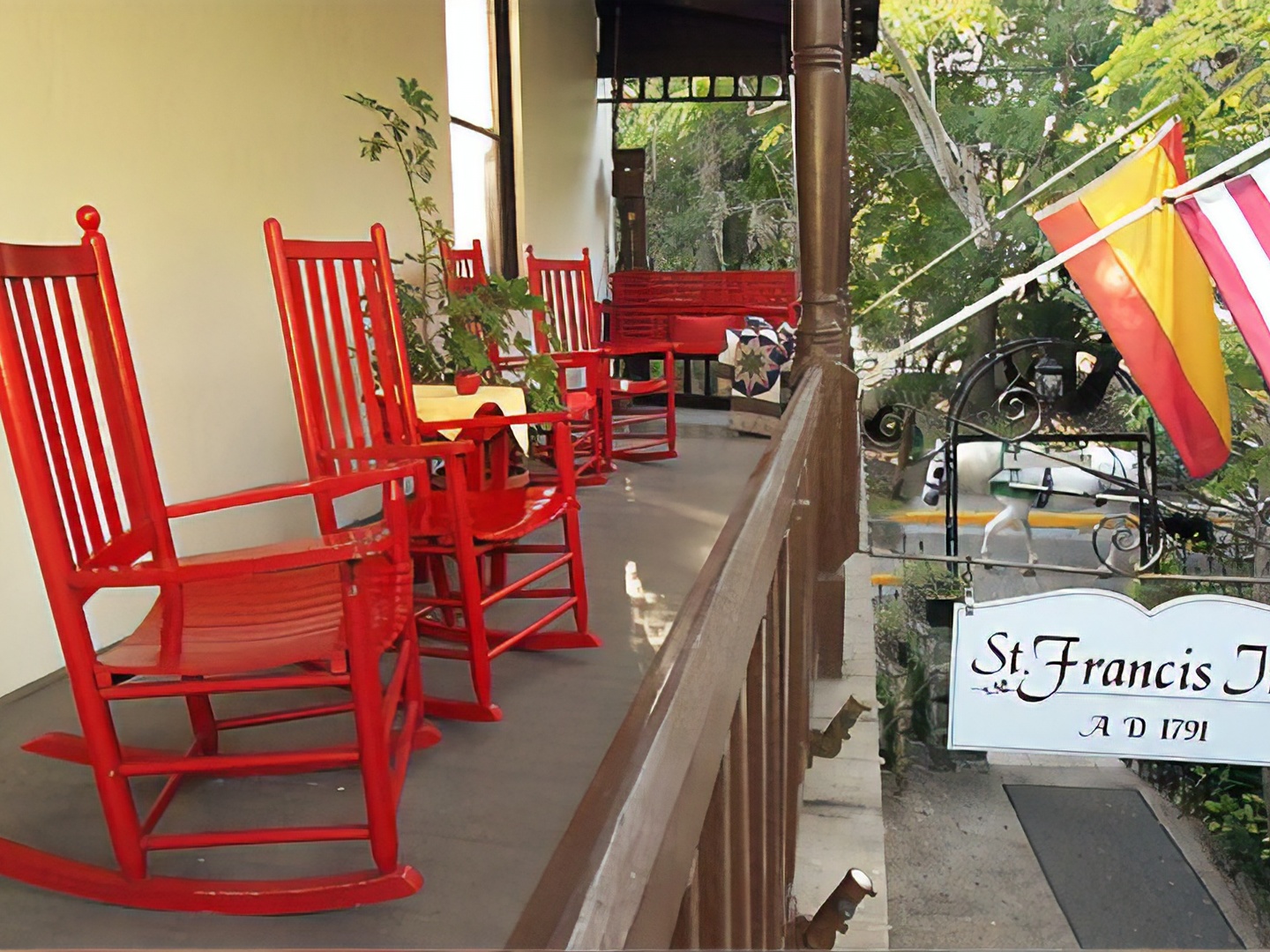 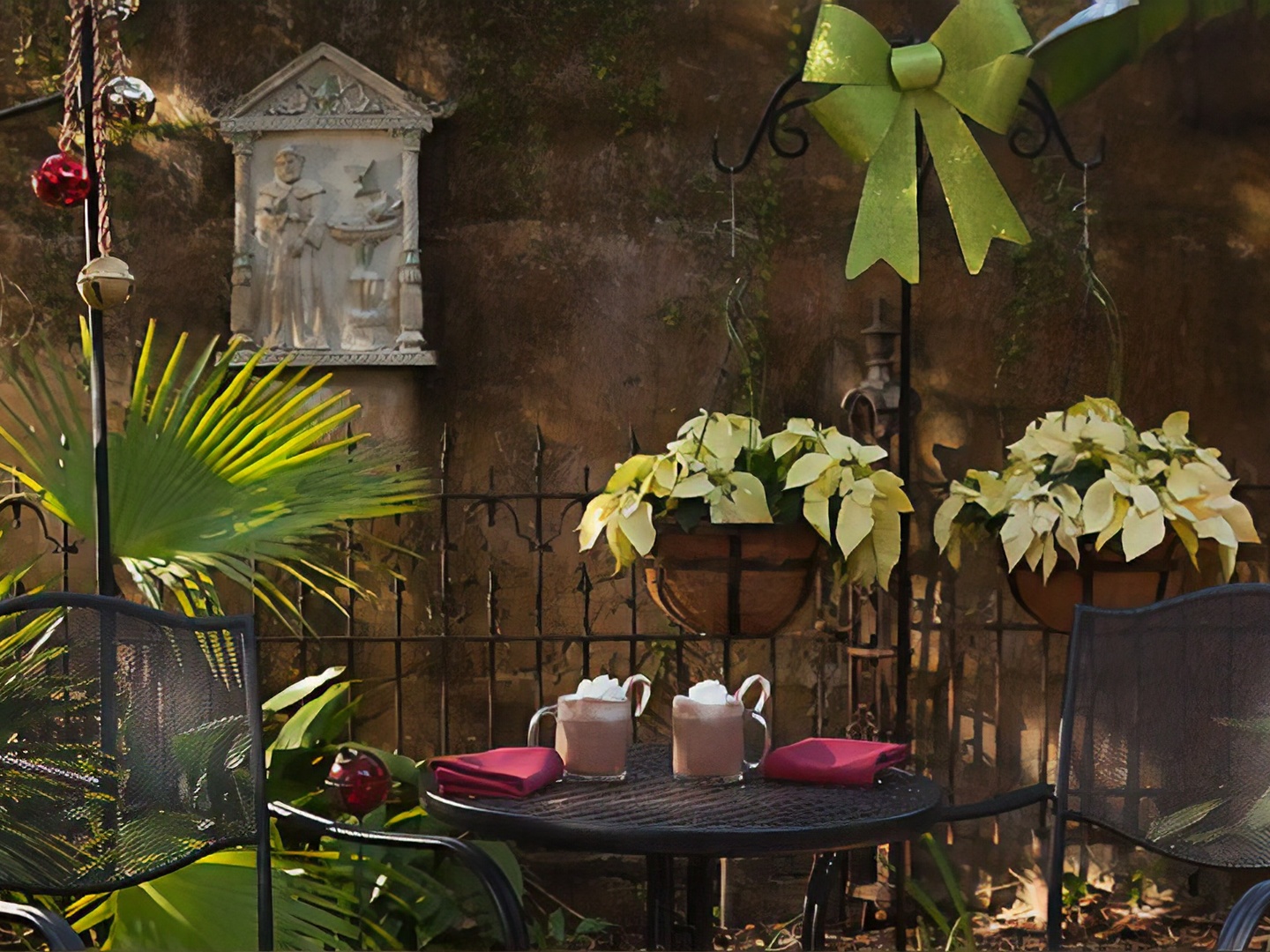 Visitors today find echoes of our colorful past in the tranquil ambiance of the St. Francis Inn. Enter the Inn from brick-paved St. George Street, through the wrought iron archway into the walled garden courtyard. Here a fountained pond is fed from an artesian well at St. Augustine's historic "Oldest House," just a block away on old St. Francis Street. The courtyard is a relaxing oasis, with lush banana trees, bougainvillea and colorful tropical flowers. Guests frequently enjoy their breakfasts in the courtyard and often gather there for the evening social hour. The towering trees provide cool shade in the summer, and the gas firepit is a favorite guest spot on a winter evening for making Inn s'mores! Just around the corner from the courtyard is the Inn's inground temperature-controlled swimming pool, a private retreat in all seasons. (See the arrangement of these outdoor Guest Common Areas on our Property Map)

Free Use of Beach Chairs/Towels 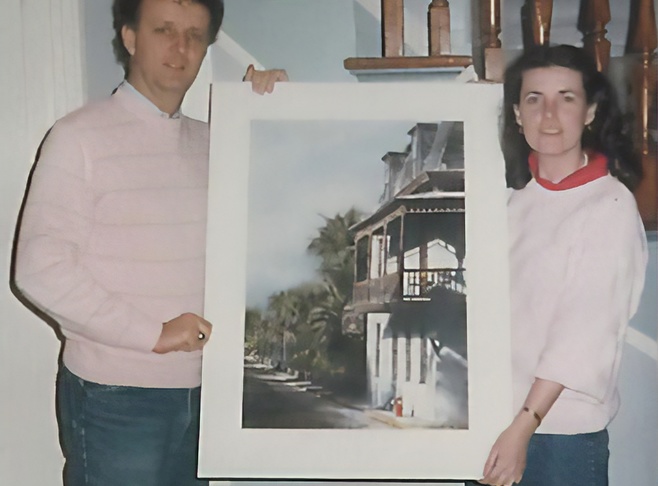 Joe and Margaret Finnegan have been owners/innkeepers of St. Francis Inn since 1985 - quite a record for innkeeper longevity! Their path to this destiny was a twisted one, dating back to about the time of their marriage in 1976.

Like many, Joe and Margaret fell in love with St. Augustine. Joe had taught in Connecticut before earning two advanced degrees toward a career in academic administration. He became the principal at the Florida School for the Deaf and Blind, located in St. Augustine, and Margaret also chose a career as a teacher, specializing in deaf education. Joe's next position was as headmaster of the Pennsylvania School for the Deaf, but the couple kept their ties with St. Augustine and desires to return as full-time residents someday. In their travels, they enjoyed staying at bed and breakfast inns, and entertained thoughts of someday owning one themselves.

Fast-forward to Thanksgiving 1984; while vacationing with friends from St. Augustine, the Finnegans learned that St. Francis Inn's owners Elizabeth and Charles Davis would soon be putting the Inn on the market. Joe recalled that his parents had been guests there about a decade earlier. The Inn had a long history, built as a private home in 1791 and first run as a lodging establishment in 1845. Joe and Margaret felt that the Inn could be the vehicle to eventually get them back to St. Augustine, and in June 1985 they became the new owners of the oldest inn in St. Augustine, St. Francis Inn.

Free Use of Beach Chairs/Towels