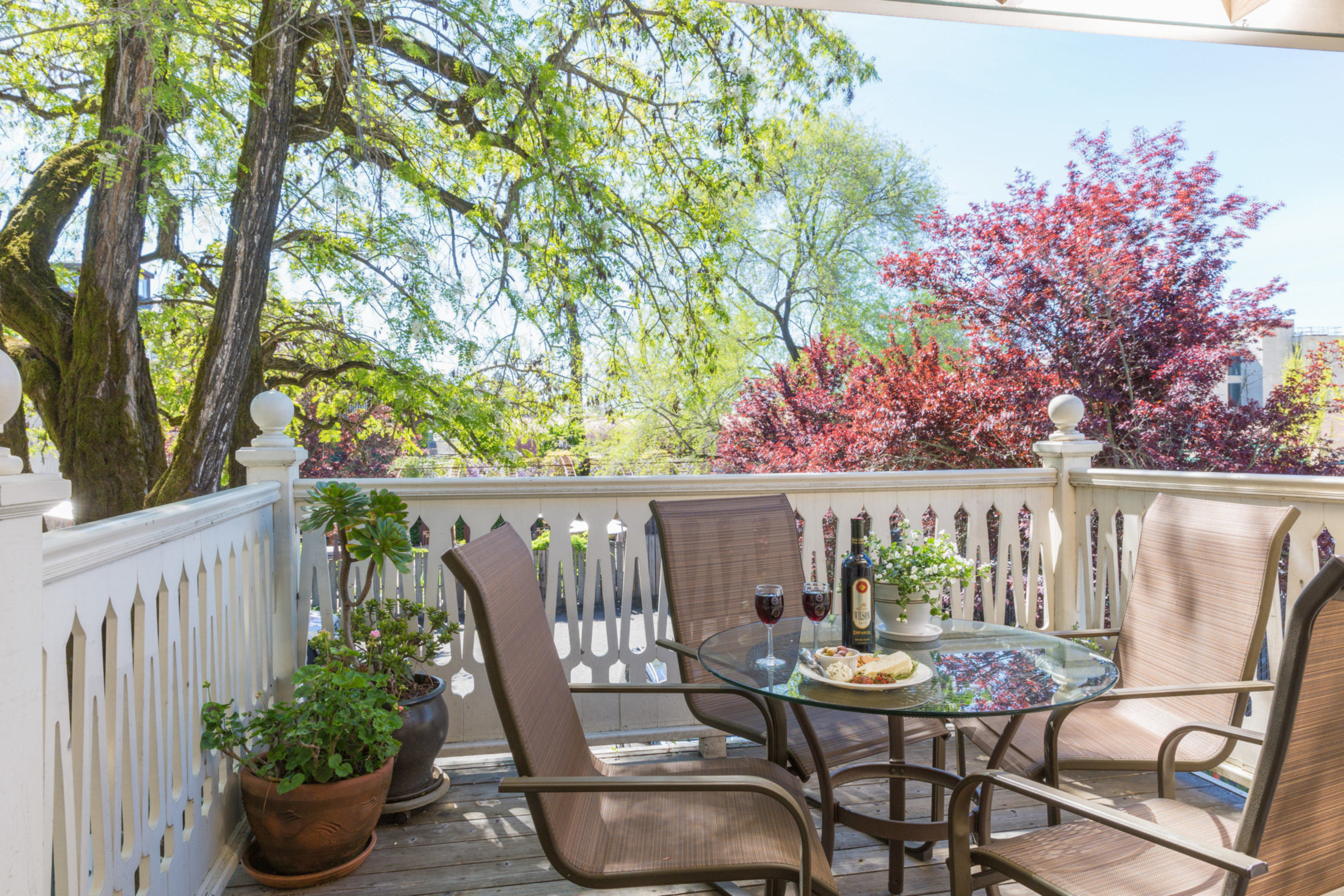 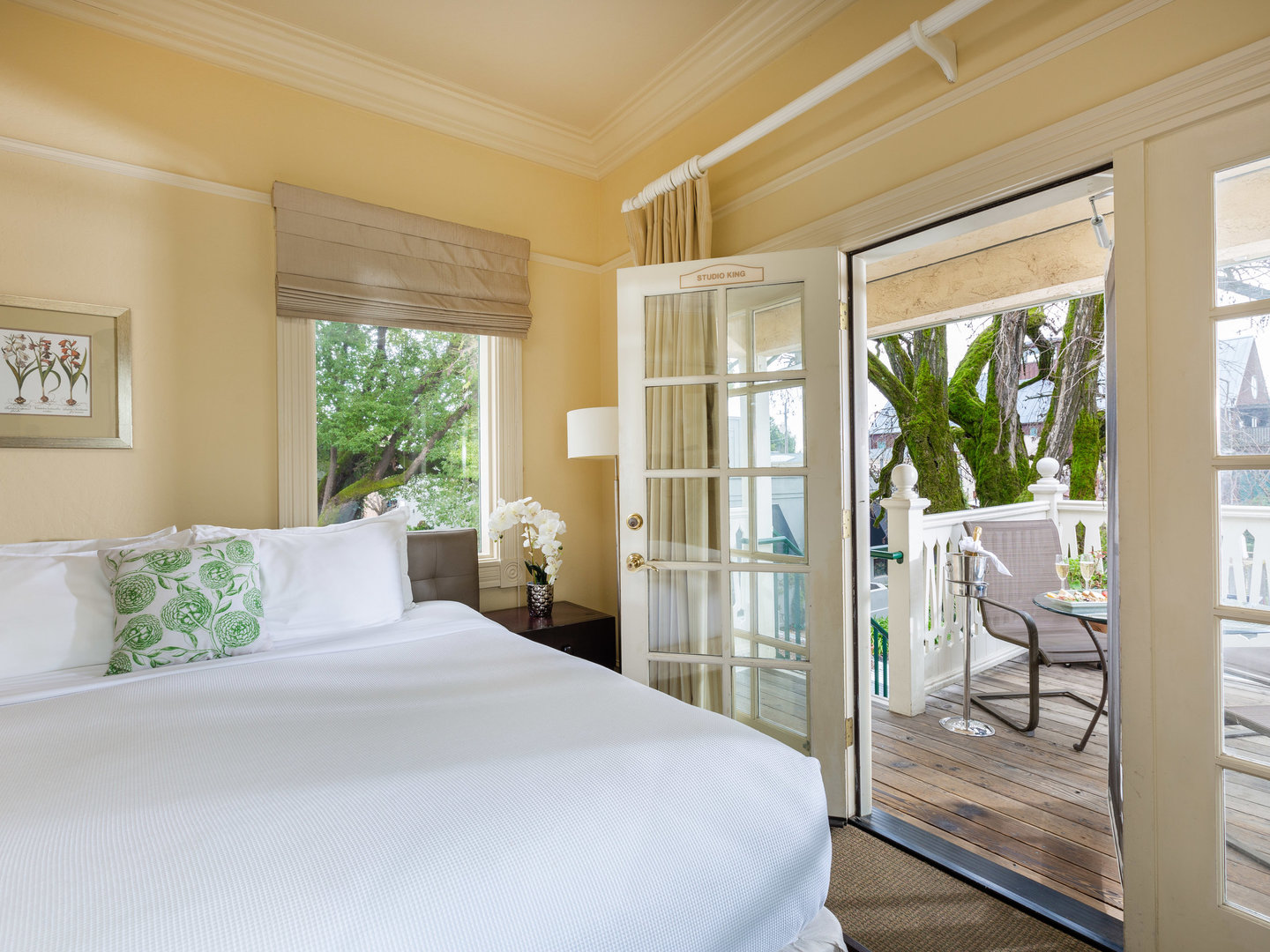 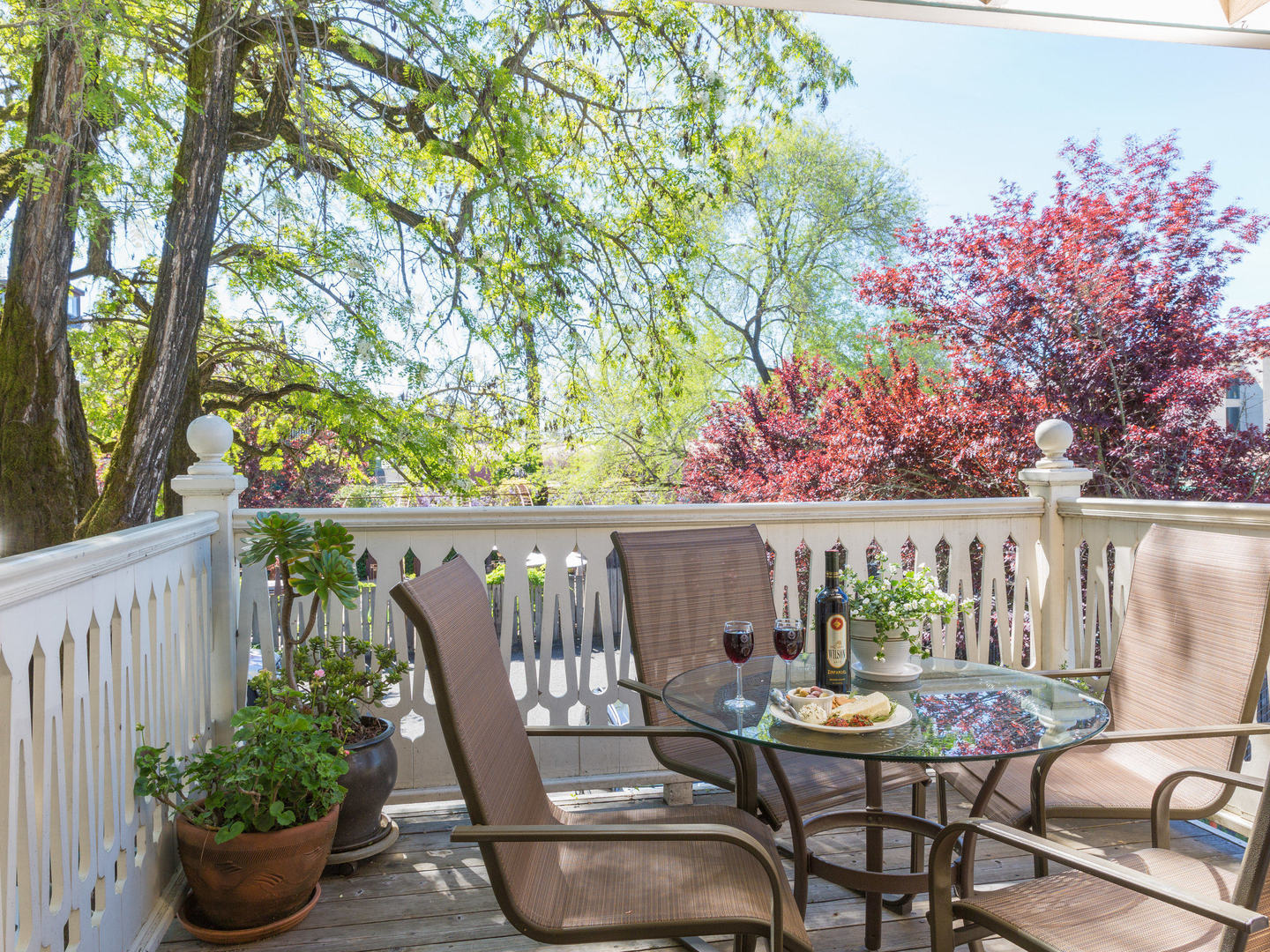 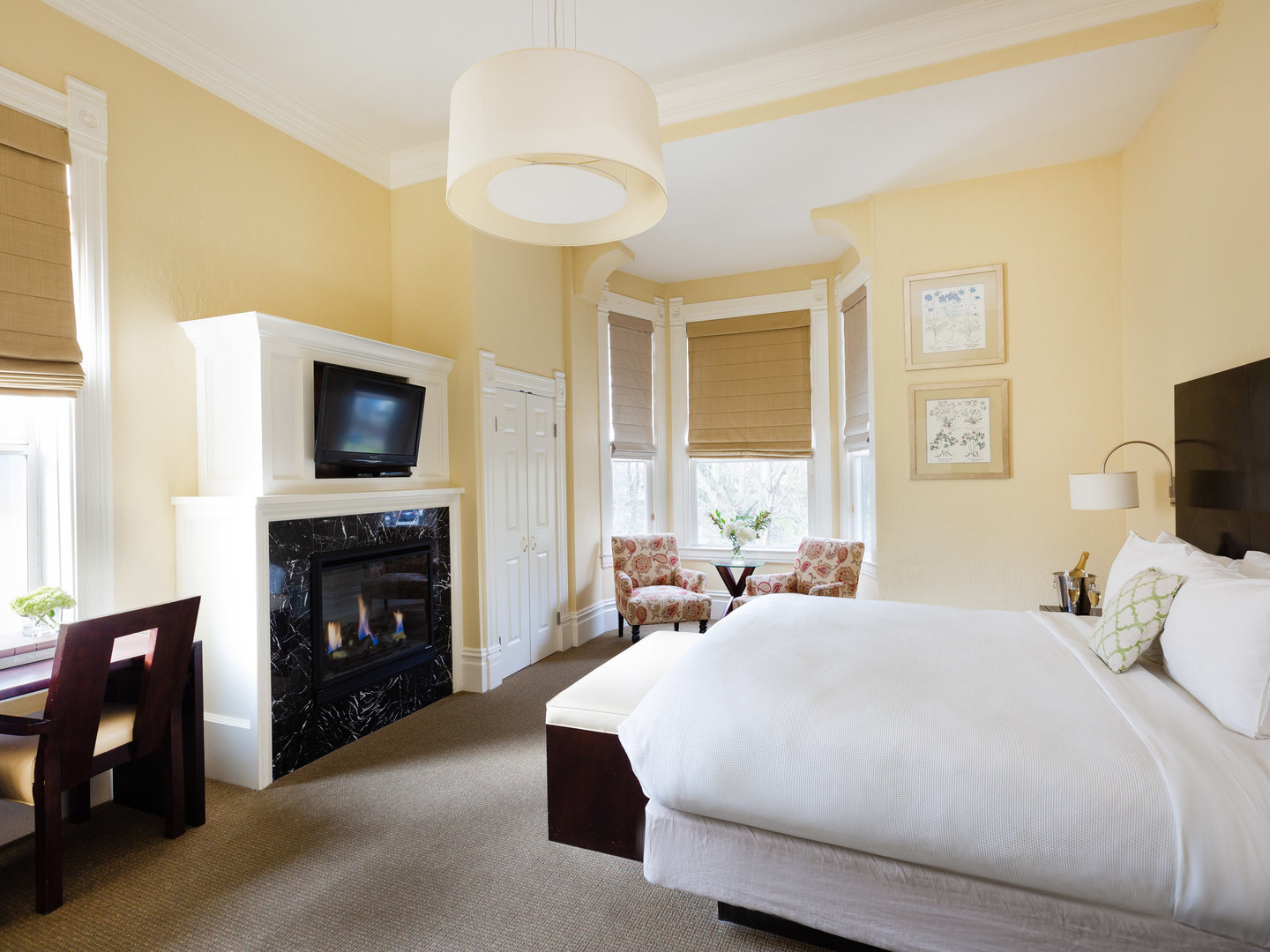 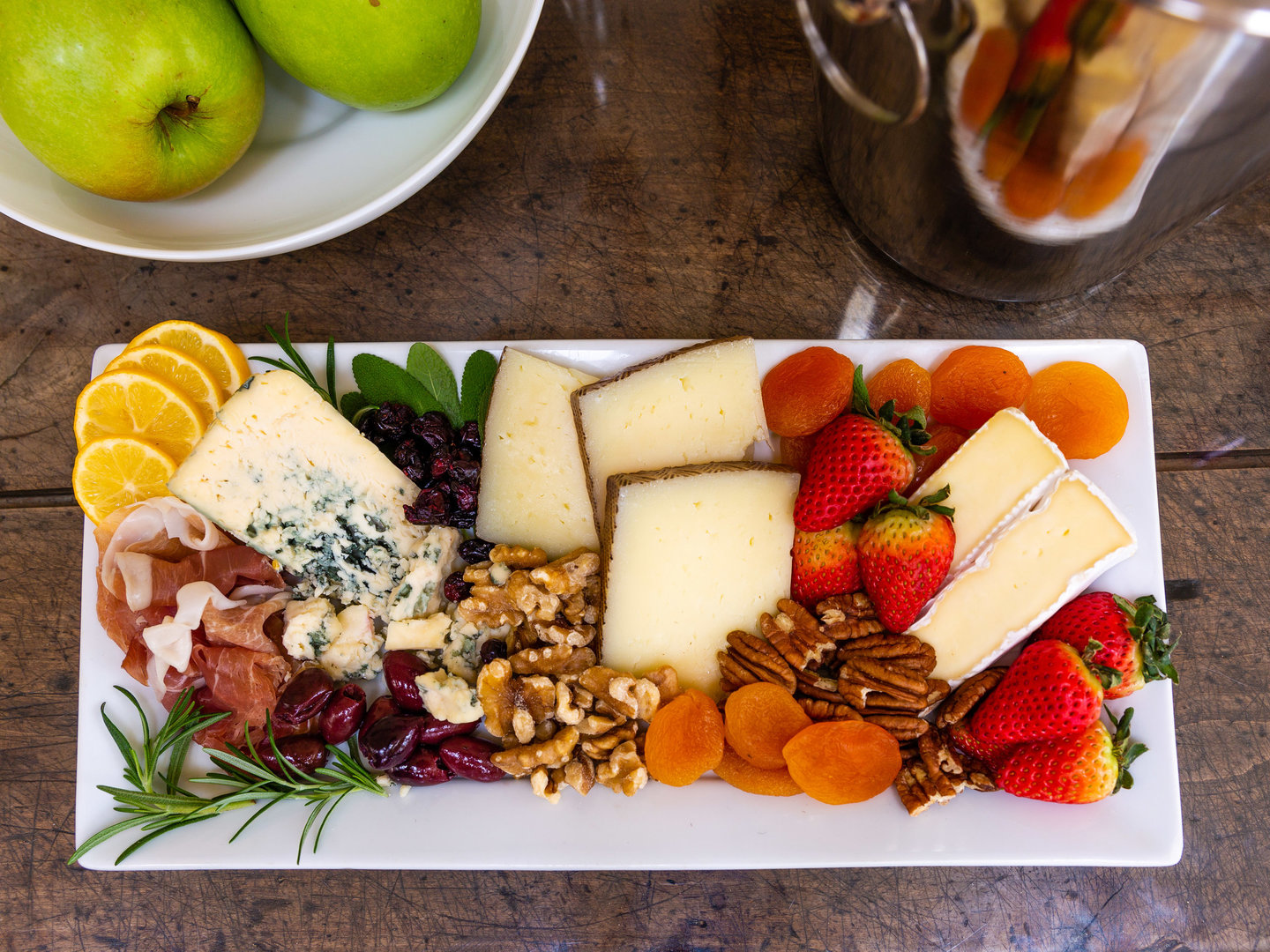 The town of Healdsburg was laid out in 1857, and within a couple decades, the town’s Plaza had become the hub of village life. By 1900, new structures ringed the Plaza, including one known as the Kruse Building, which housed Wells Fargo & Company’s offices and express coach stop, Healdsburg Shoe House, Langhart’s photography studio and a dental office. As the town grew and prospered, various businesses occupied spaces in the Kruse Building. Some 82 years after it was built, local resident Jenny Genkins purchased the edifice and turned it into a bed-and-breakfast inn, which operated until 2004. Spurred by the need for seismic retrofitting, the building underwent a major renovation in 2004. Though it now offers the comforts of a modern structure, many original features remain, including exposed interior brick walls (the work of 19th Century Italian stone masons), and the beautiful, original staircase. Soon after the renovation was completed in 2005, Four Sisters Inns began operating the Healdsburg Inn on the Plaza in the historic Kruse Building…still the best address in town. 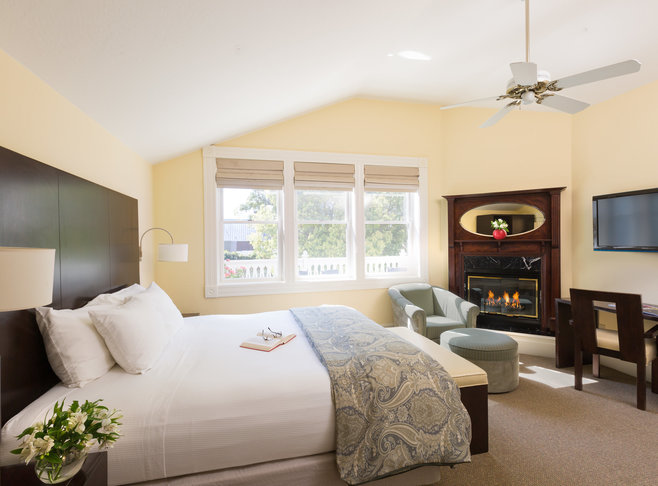 Four Sisters Inns is a collection of 16 extraordinary boutique inns and hotels located in the most spectacular destinations of California. Inns in our Classic, Artisan and Modern Collections offer inviting guestrooms, many with a king bed, fireplace, jetted spa tub and breathtaking views, and most include a bountiful breakfast buffet and afternoon wine and hors d'oeuvres.