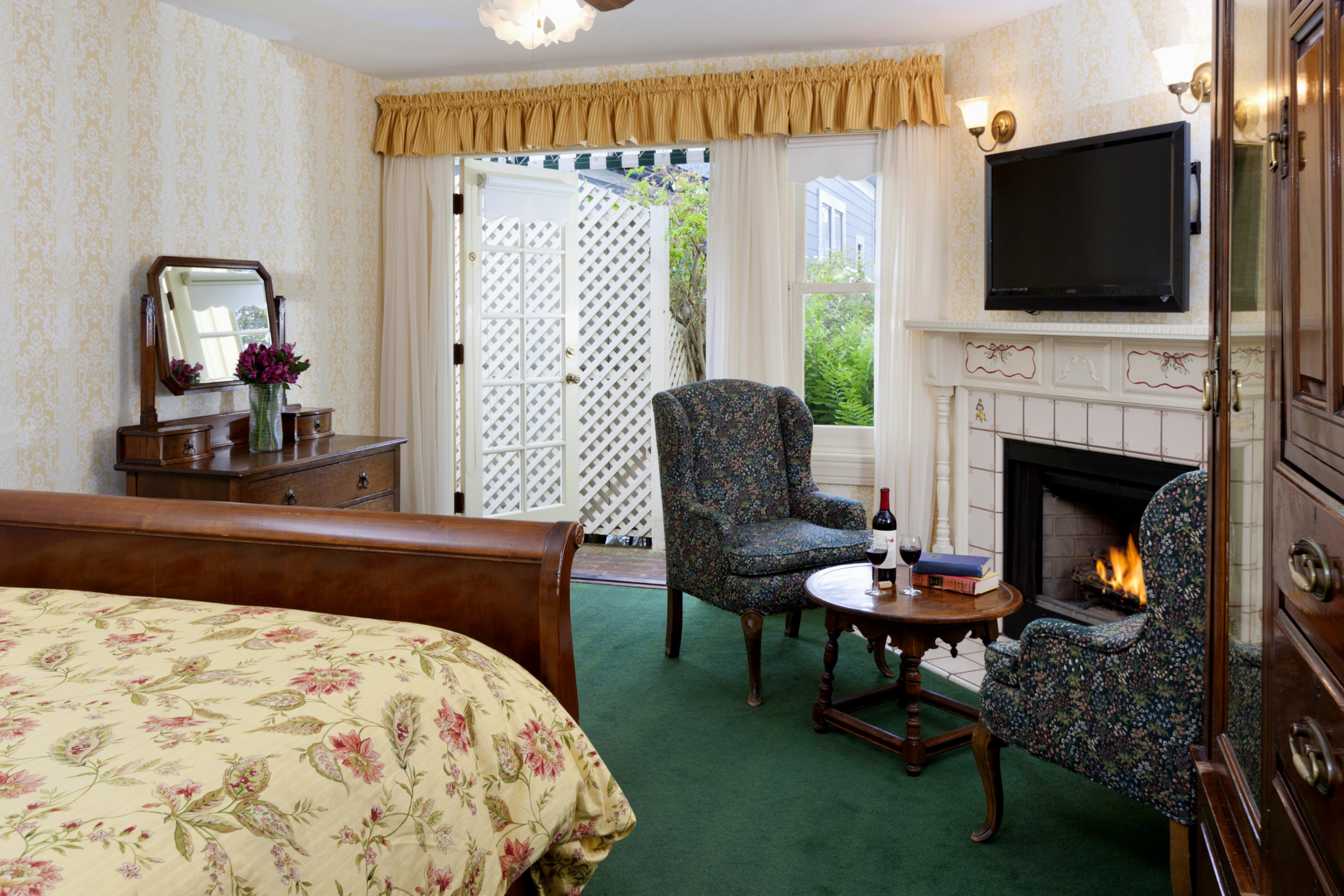 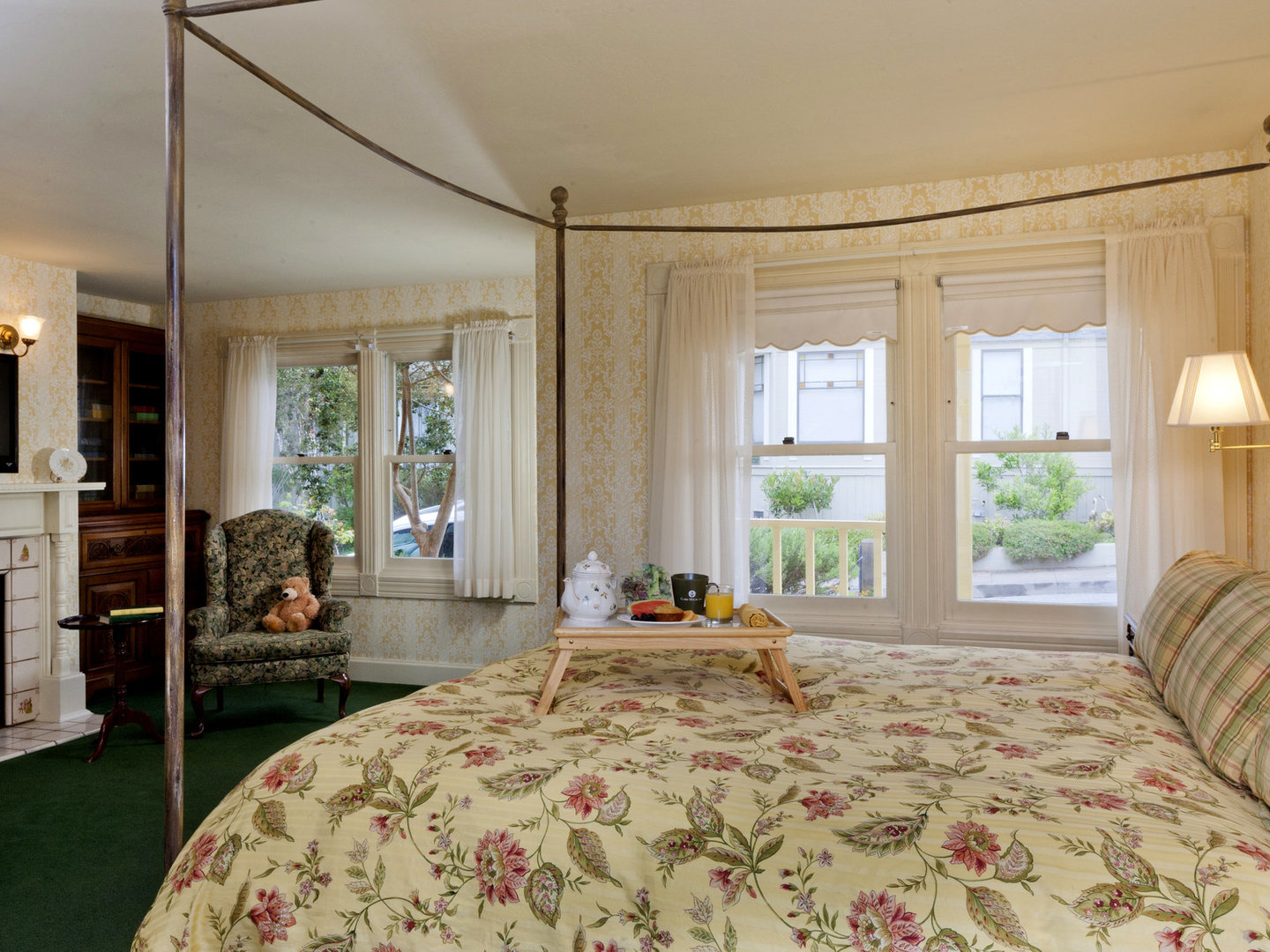 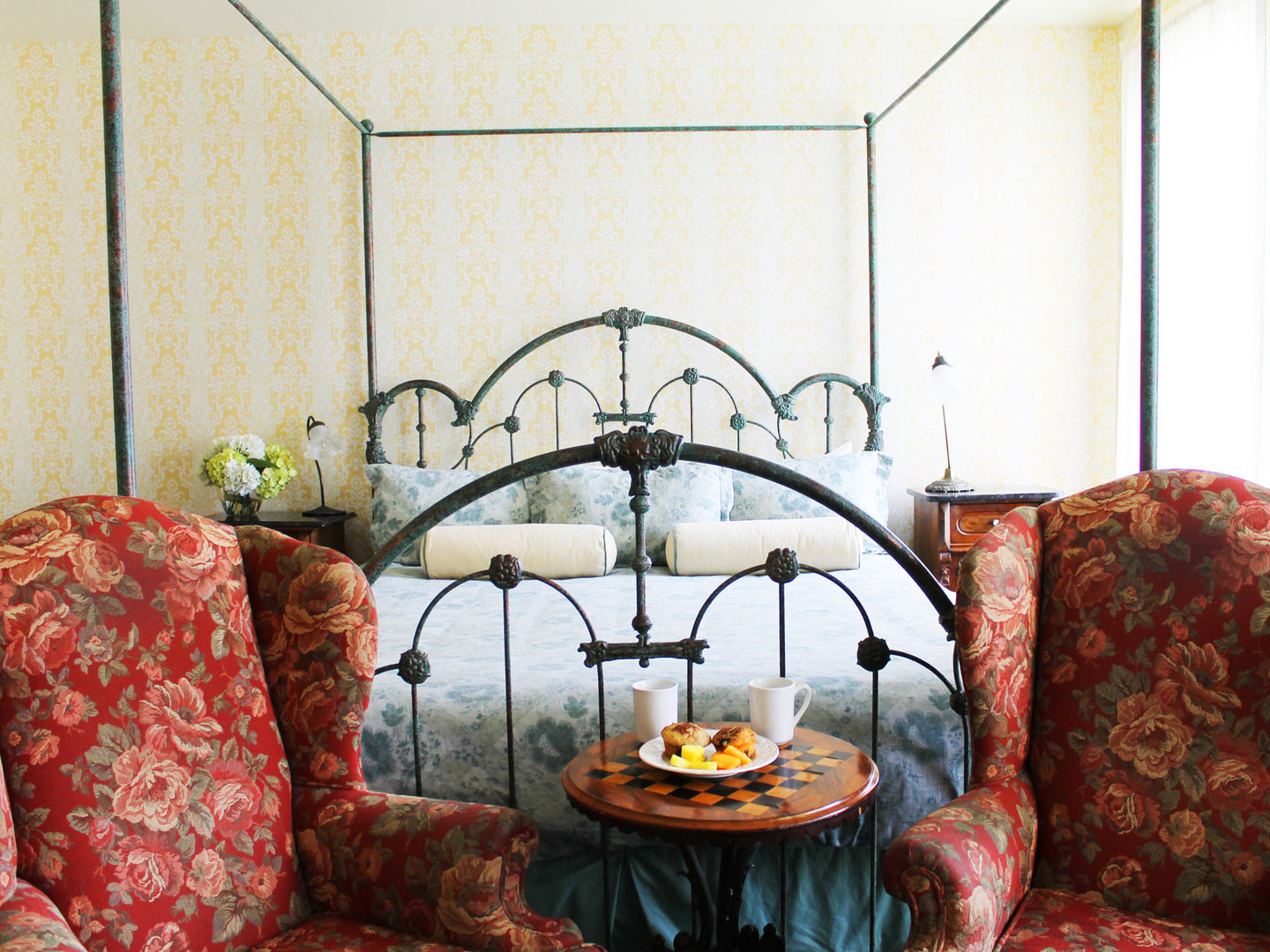 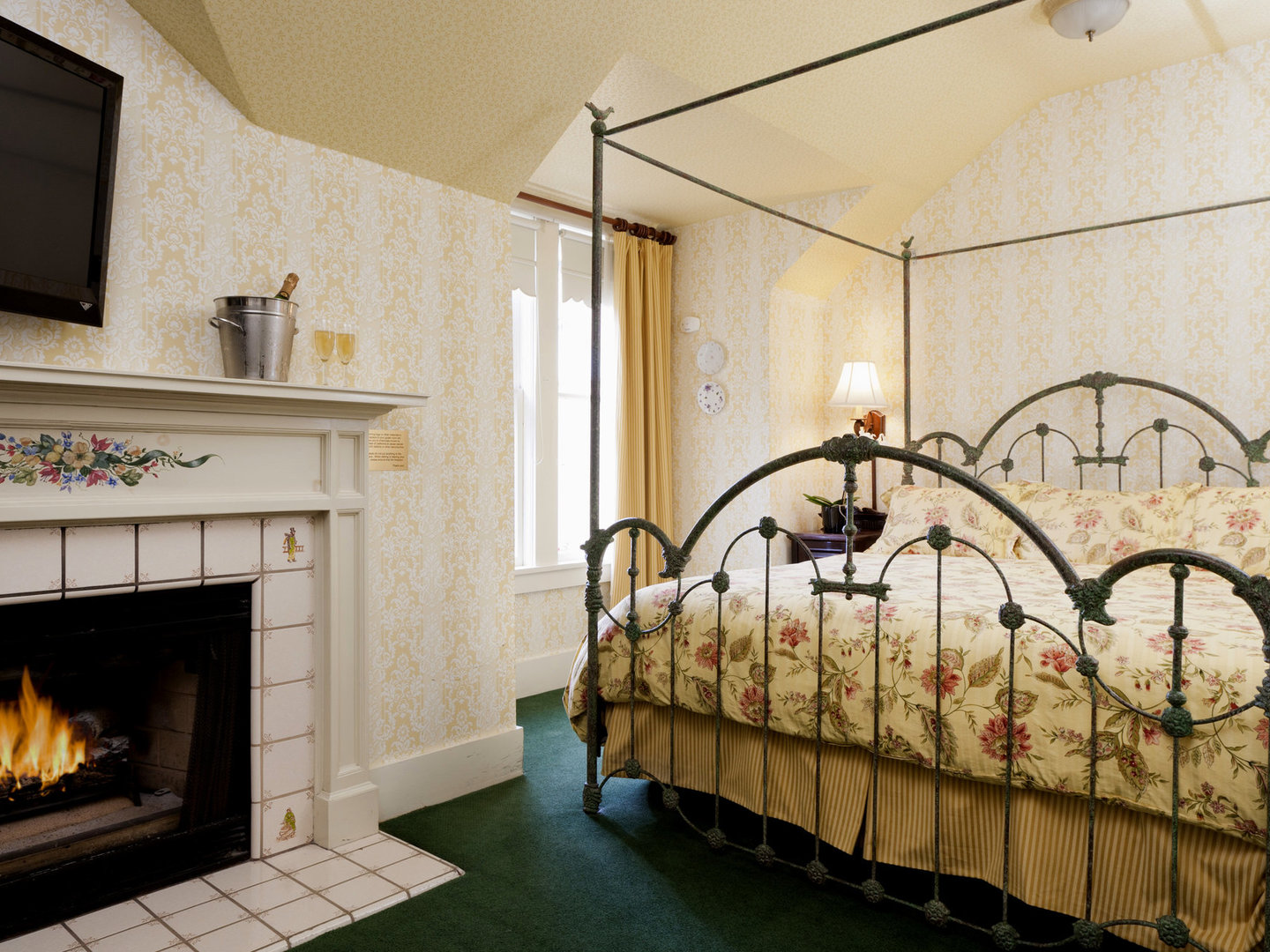 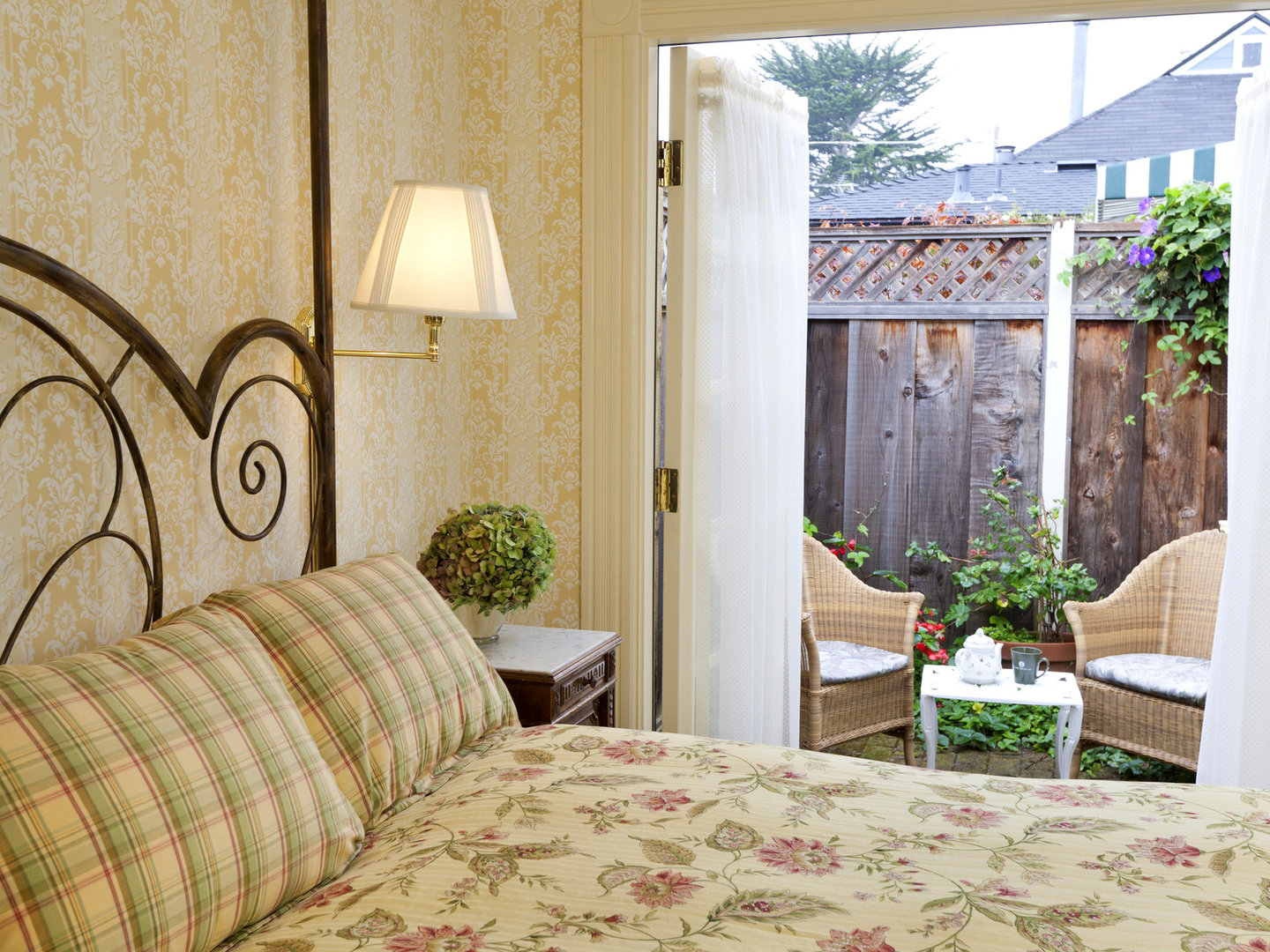 This charming Victorian country inn was built by J.F. Gosby, a native of Nova Scotia and a cobbler by trade. He began building the home in 1886 and took up residence there in 1888. Gosby opened his home to seasonal visitors attending the various religious and educational meetings held all summer long in Pacific Grove. Gosby never seemed to have enough rooms for all who wished to stay, and he enlarged the inn several times. The inn is an excellent example of the Queen Ann architecture, with a rounded corner tower, variety of surface textures and bay windows. Called El Carmelo Hotel by previous owners, the Gosby House Inn gained its current name and appearance in 1978 when it was purchased and restored by the Post family. Following the Green Gables Inn, it became the second property in the Four Sisters Inns collection. The thorough refurbishing of this lovely structure shows the careful research that went into returning it to its original state. The interior has been thoughtfully decorated with beautiful antiques. The exterior, with its cheerful yellow paint and welcoming front porch, is among the most attractive of the restored buildings in Pacific Grove. 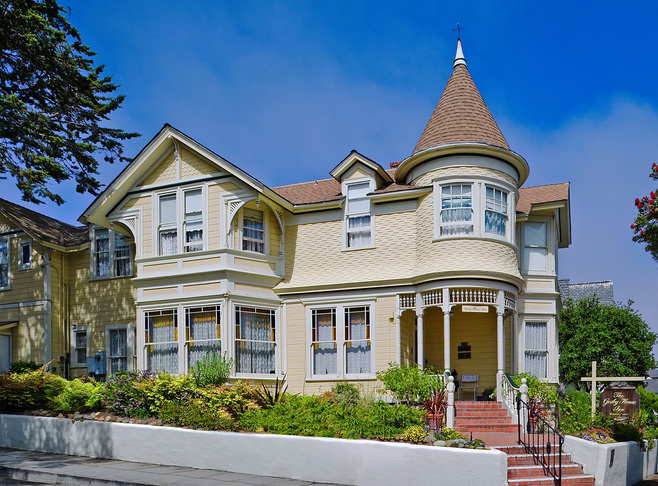 Four Sisters Inns is a collection of 16 extraordinary boutique inns and hotels located in the most spectacular destinations of California. Inns in our Classic, Artisan and Modern Collections offer inviting guestrooms, many with a king bed, fireplace, jetted spa tub and breathtaking views, and most include a bountiful breakfast buffet and afternoon wine and hors d'oeuvres. Operating for over forty years, Four Sisters Inns offers four unique collections of California boutique inns and hotels that embody modern luxury, gracious service, and unique amenities.