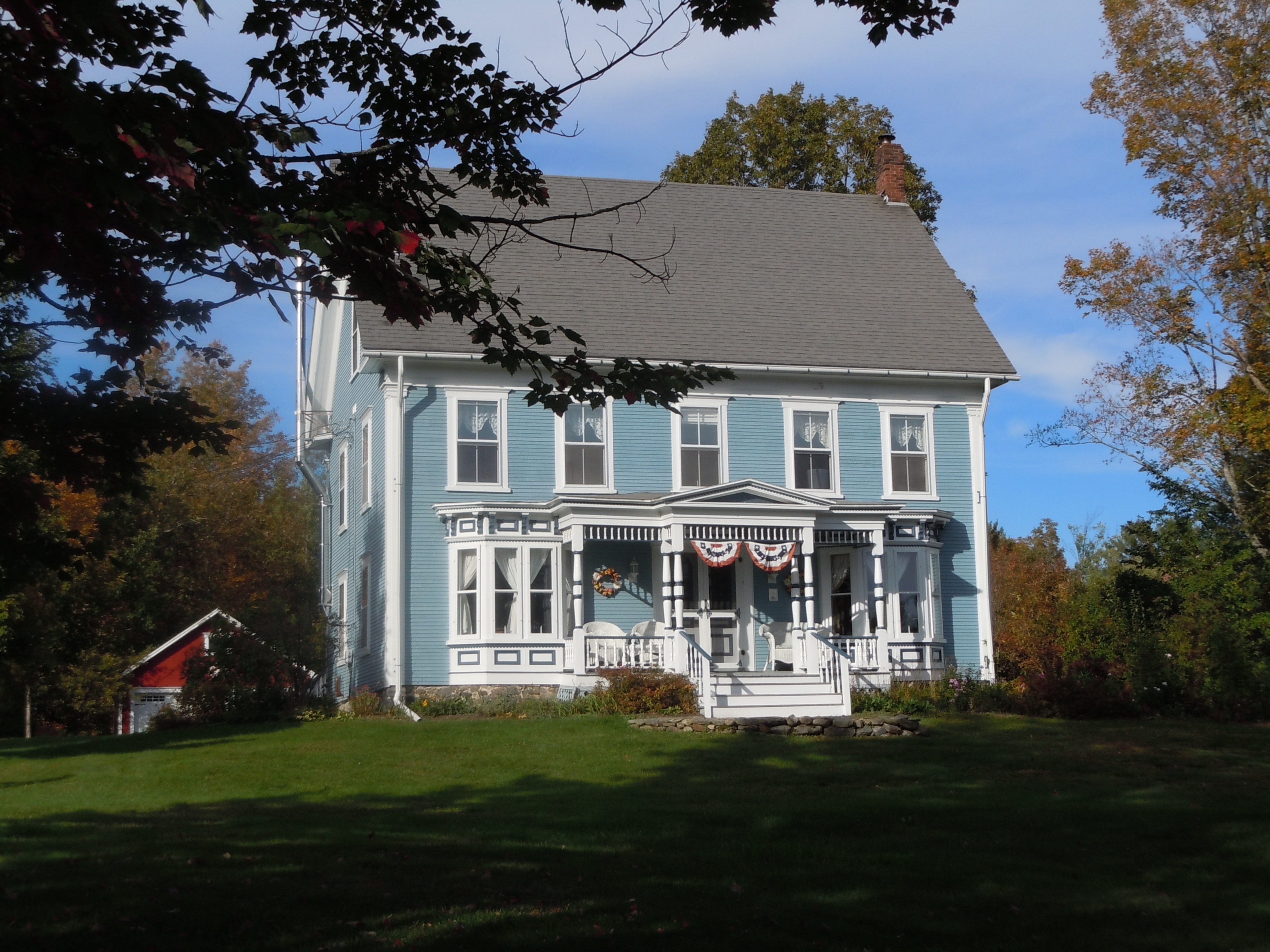 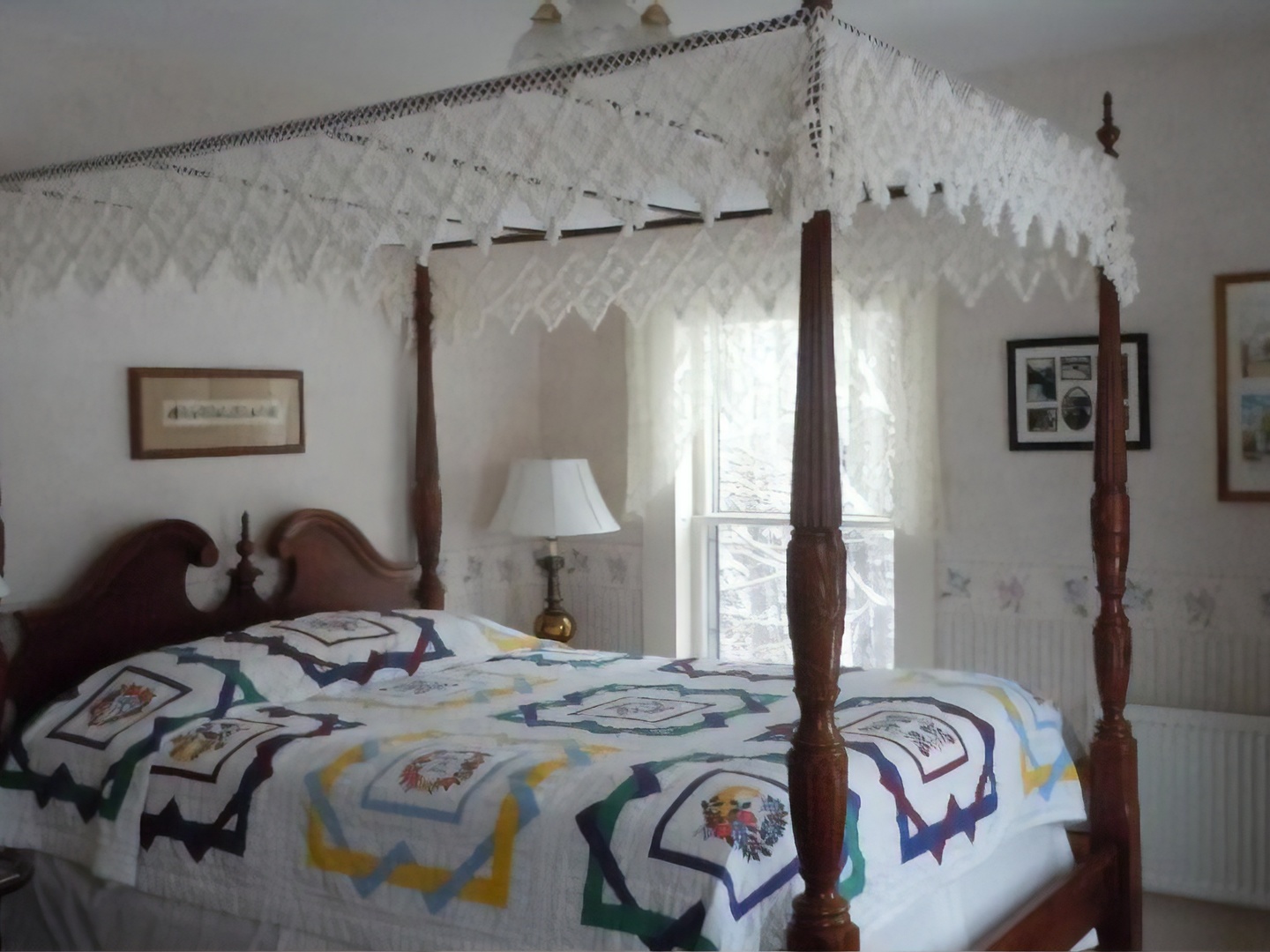 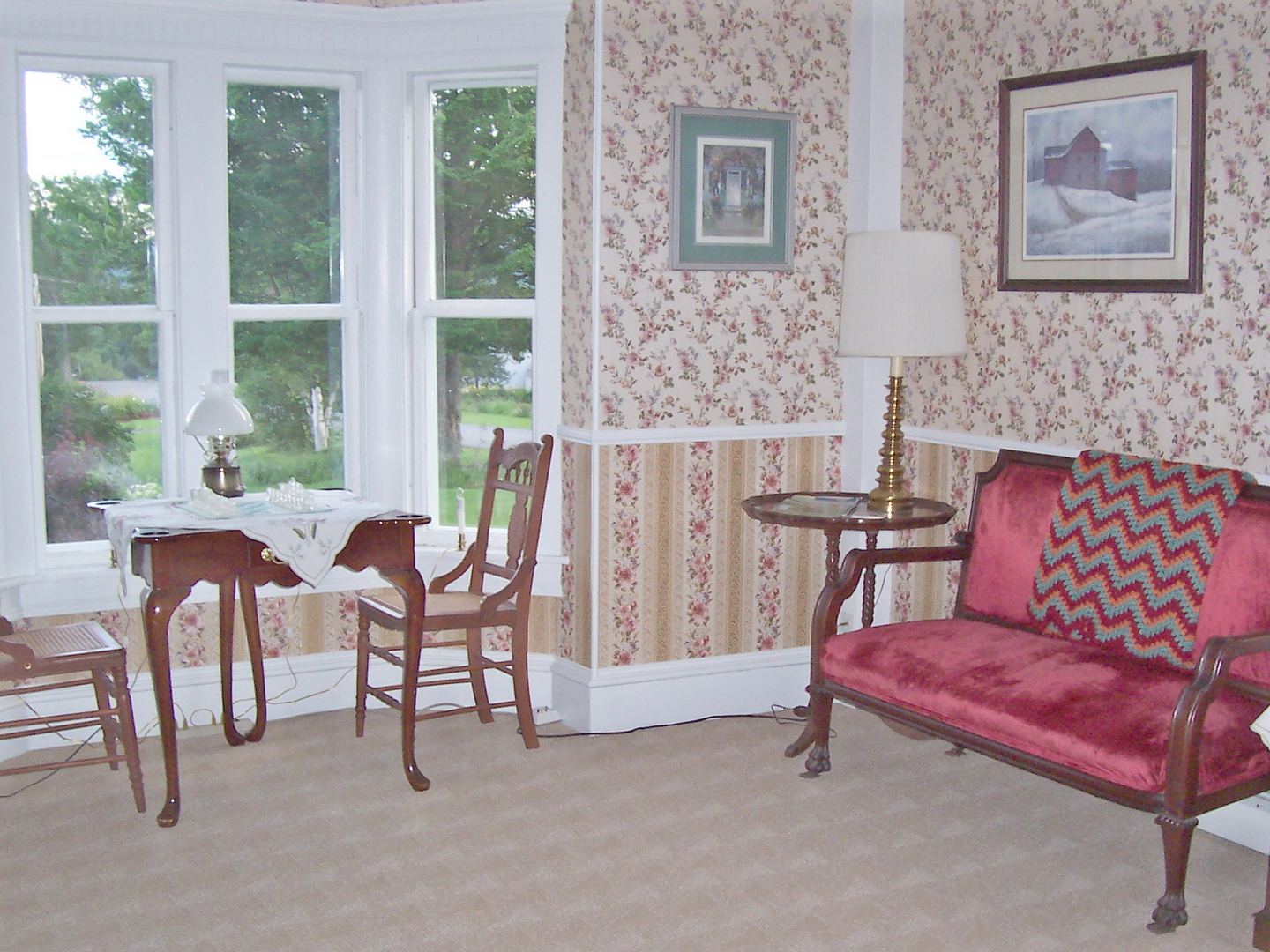 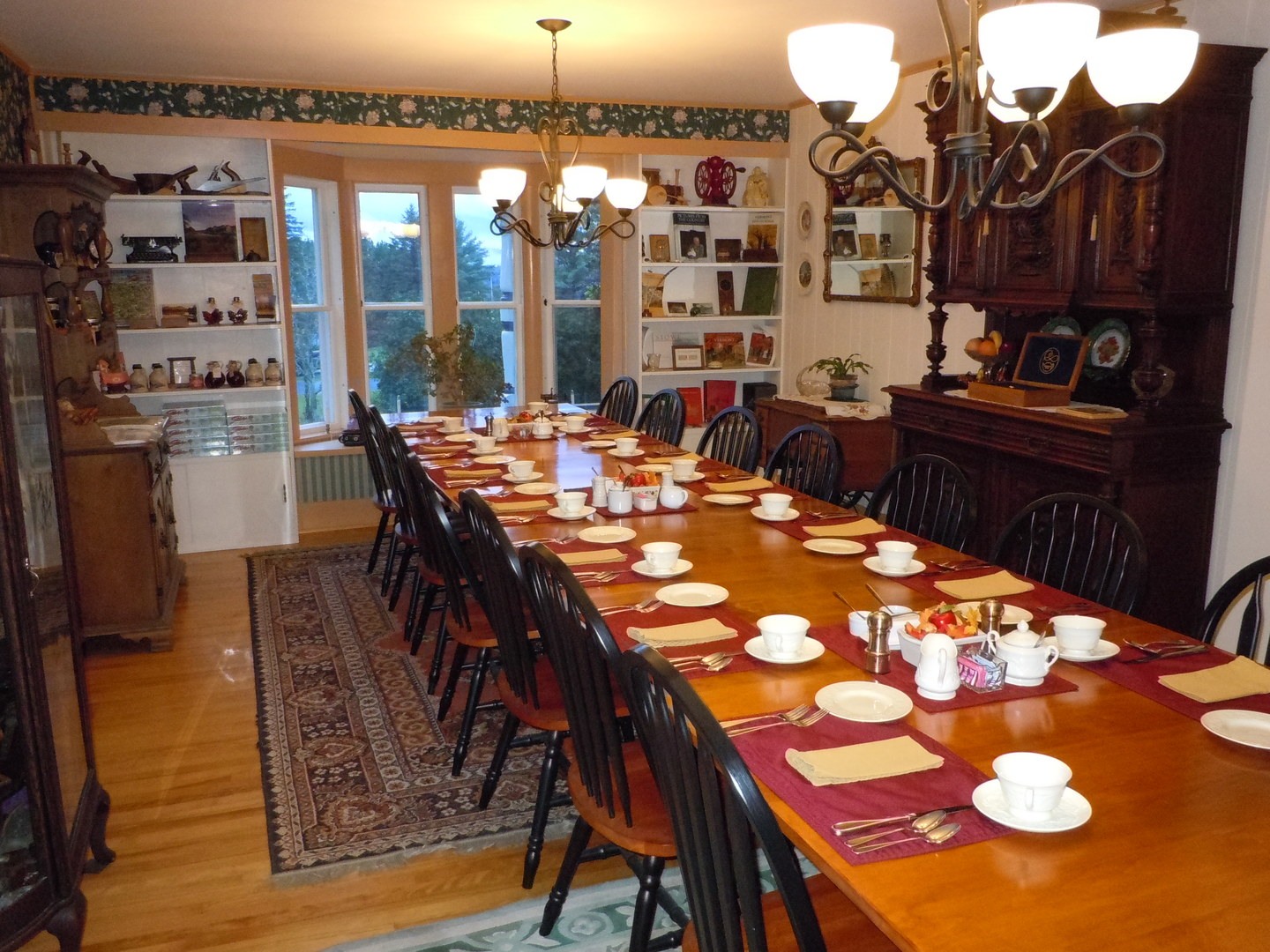 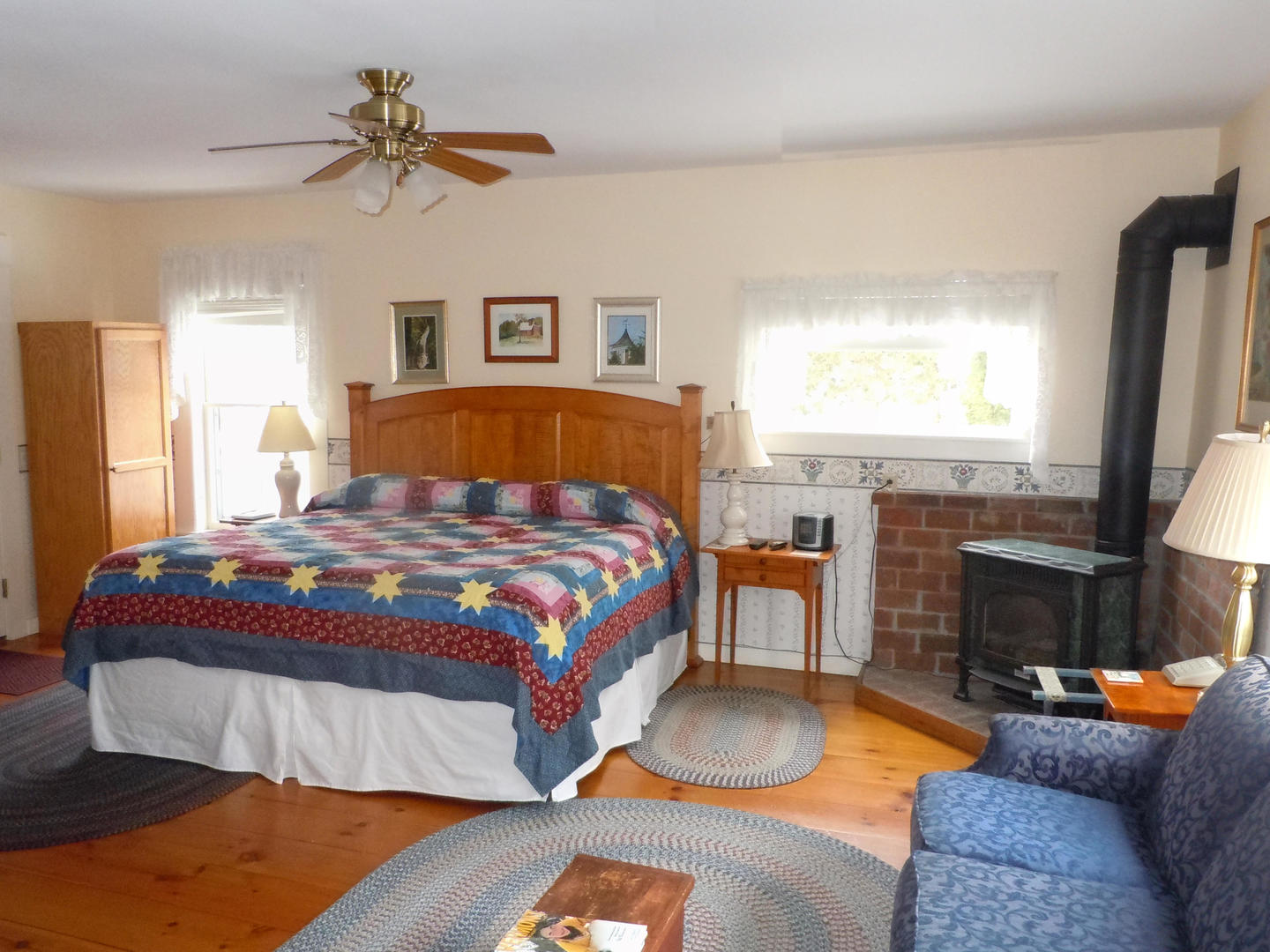 The Fitch Hill Inn in beautiful Hyde Park, Vermont, was constructed on a hilltop circa 1797 by the son of one of Hyde Park’s charter landowners, the diarist Capt. Jabez Fitch. Guests rooms have views of the Green Mountains, the woods behind the inn, or the gardens, and all have been modernized with private bathrooms, television, and wi-fi (to say nothing of electricity). You will be treated to fresh-baked cookies and a cold glass of lemonade in the summer or hot chocolate, warm cider, or tea in the winter when you arrive. Spend the day antiquing, hiking, or skiing. Relax on the porches or the rear deck then go out for a delicious dinner. This wonderful Greek Revival home has been modified several time since it was first built as a one-story home, adding space and convenience for subsequent generations. It has been a farmhouse, a boarding house, a family home and, since the mid-1980’s, a bed and breakfast. Just twelve miles north of the historic village of Stowe, mid-way between Stowe Mountain, Smuggler’s Notch, and Jay Peak ski resorts, and on the edge of the Northern Kingdom, the Fitch Hill Inn is ideally situated to take advantage of all that northern Vermont offers. Come and experience the tranquility of the Fitch Hill Inn in beautiful Hyde Park, Vermont. 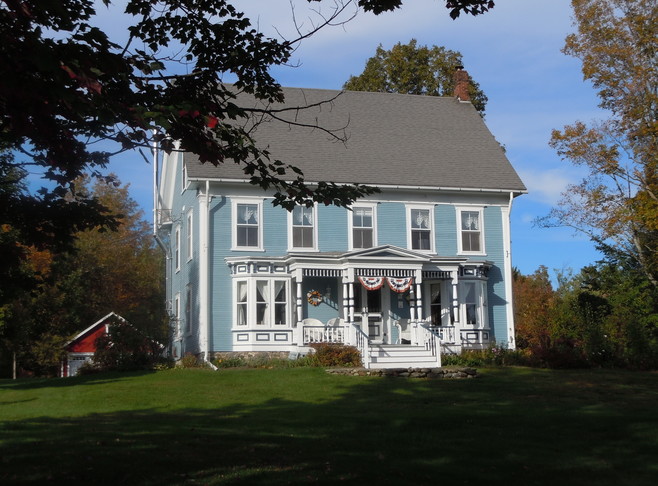 Julie & John have been the innkeepers at the Fitch Hill Inn since October 2003. John is retired from the Air Force and Julie was an engineer prior to their move to Vermont to run the Inn. John is also a volunteer fire fighter and Julie is active with the Town government.