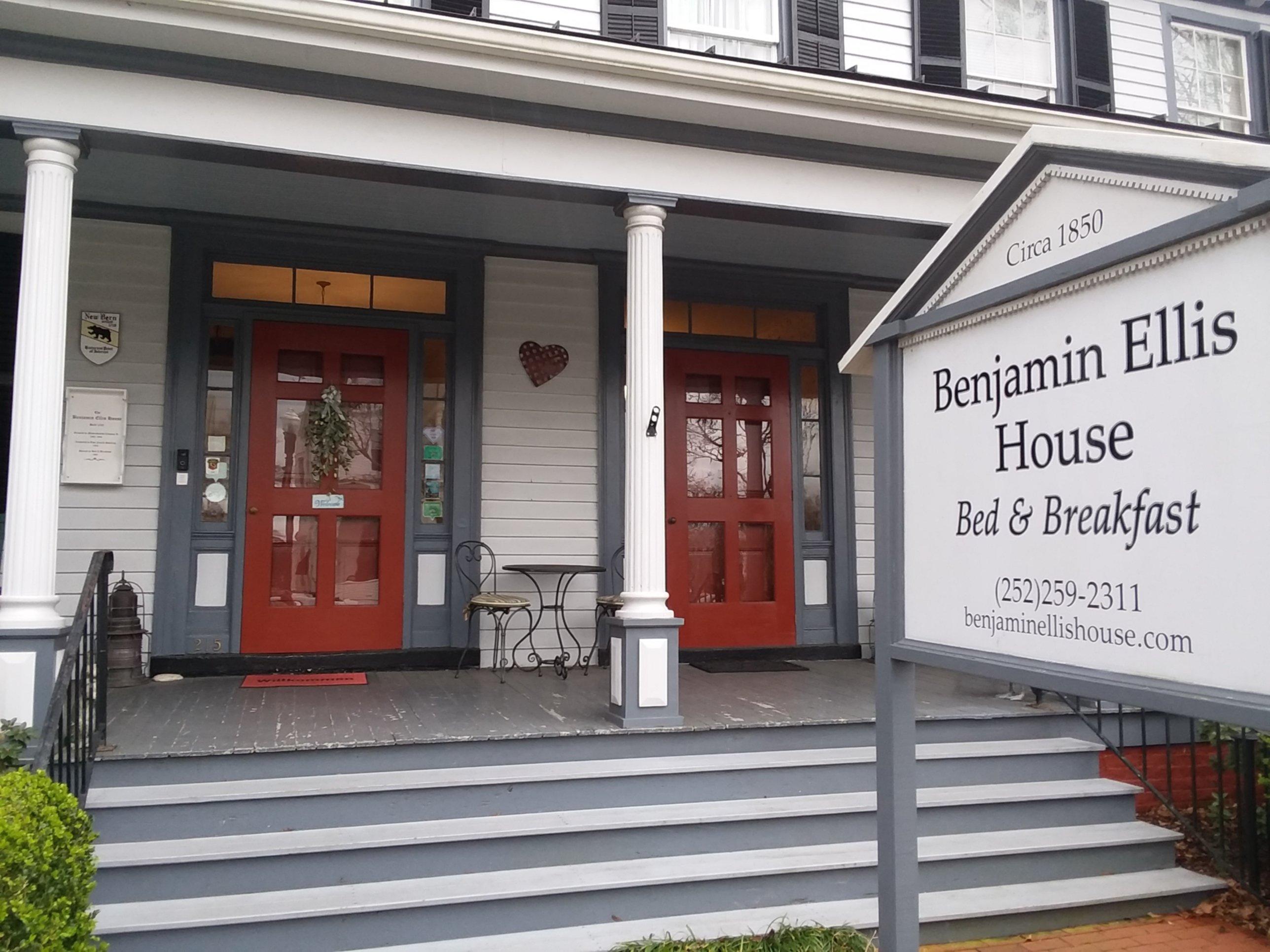 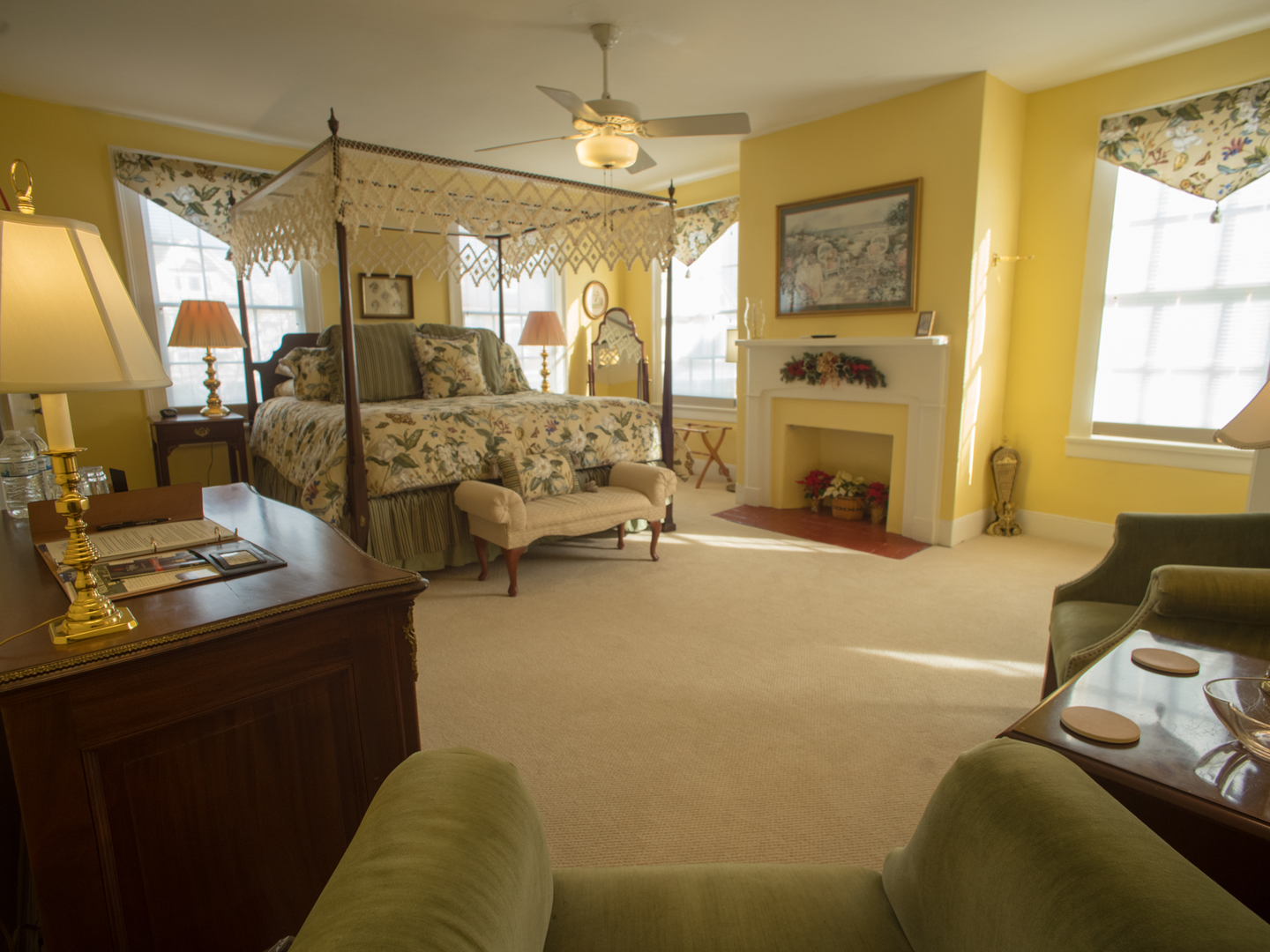 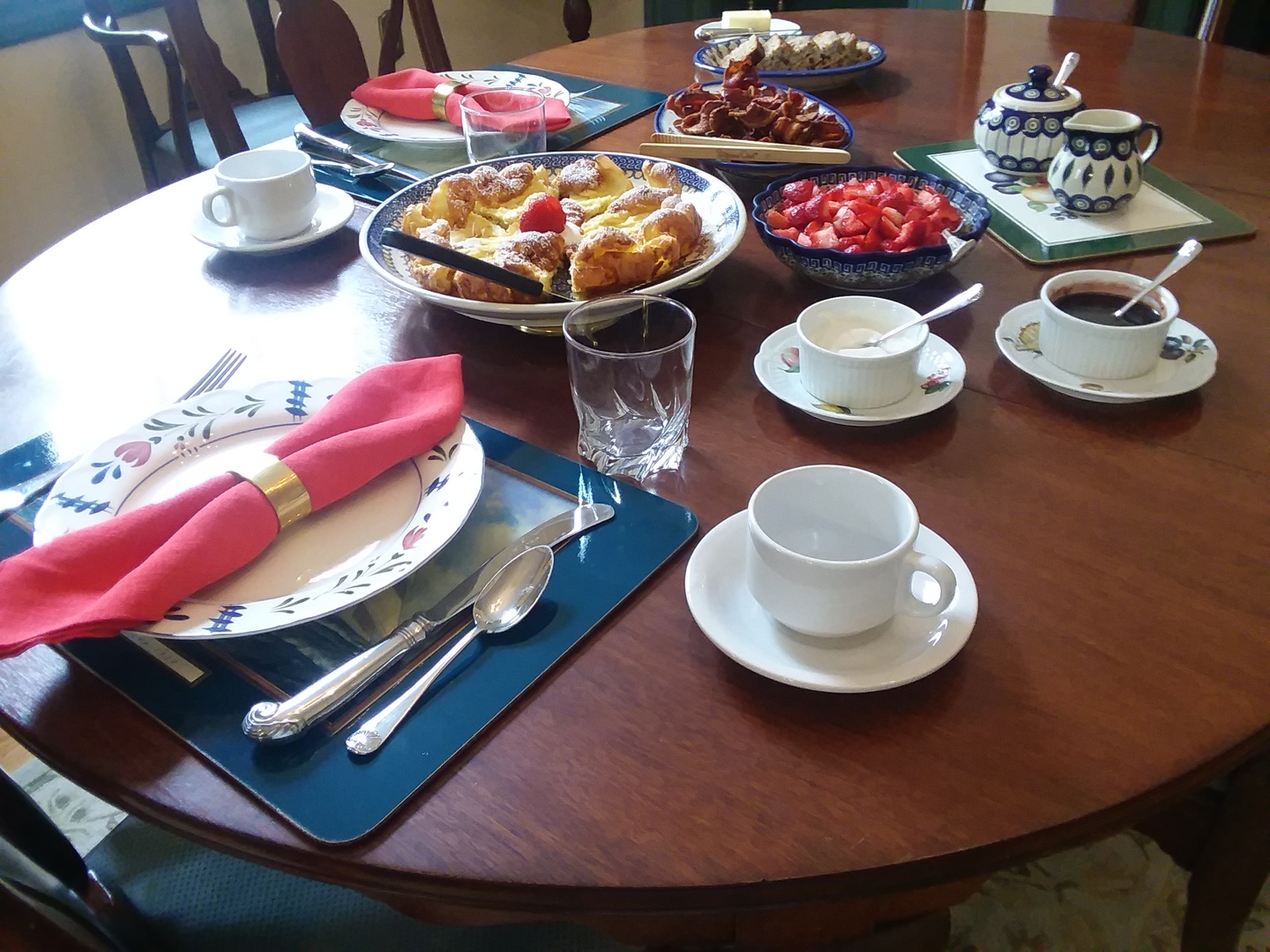 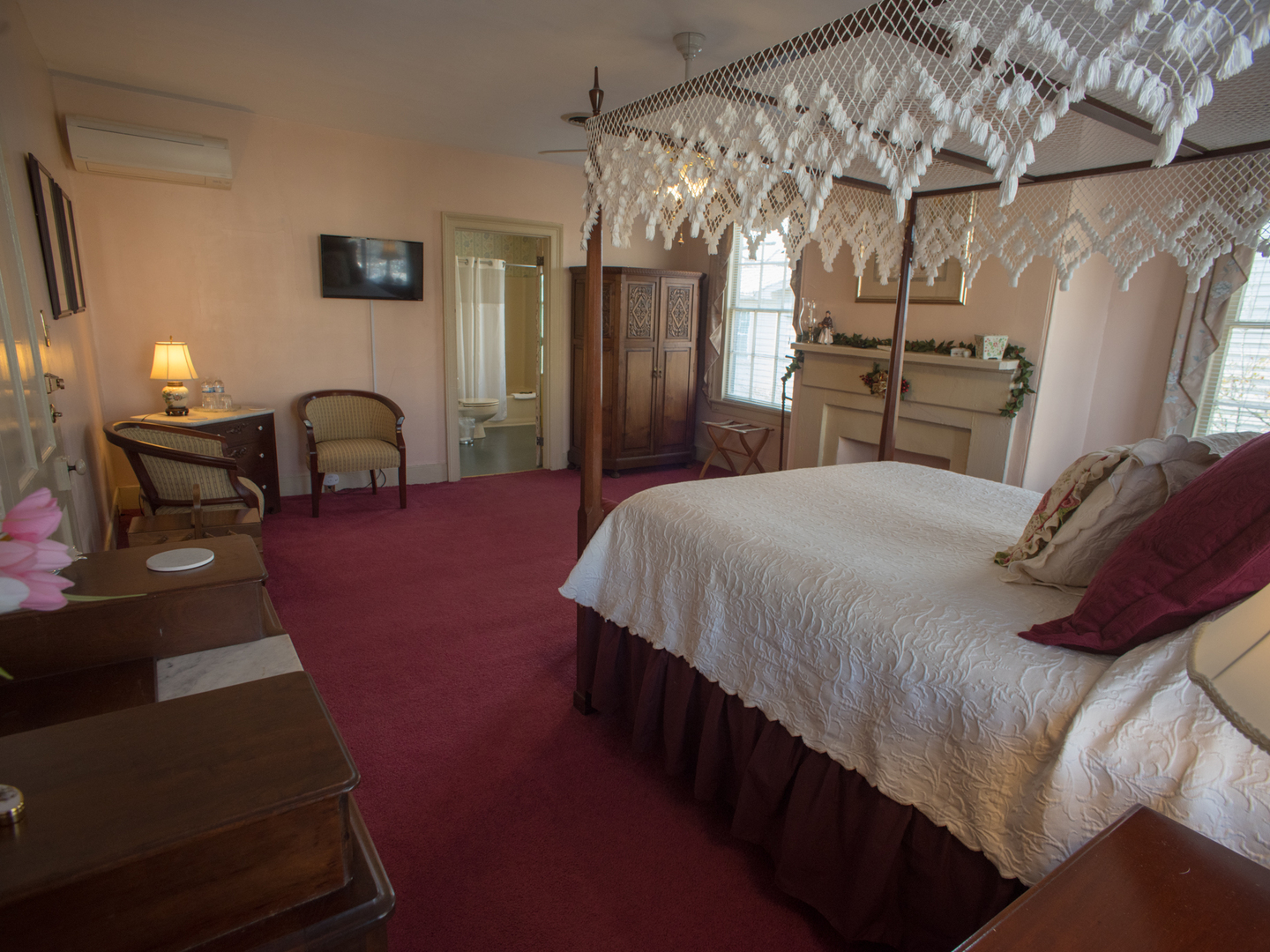 Located in the heart of historic New Bern, North Carolina, this restored property, originally built by Benjamin Ellis in 1853, has operated as a premier B&B since 1985. The Inn has three ground-floor rooms and six second-floor rooms including two luxury King suites. Rooms are equipped with private bathrooms including luxury bath amenities, Internet access, smart televisions, USB charging stations and individual climate control. The unique duplex architecture of the house with four extra wide hallways enhances the private getaway ambiance for a restful guest experience. A full width front porch offers guests a place to enjoy morning coffee or to relax with a glass of wine at the end of the day. A full breakfast is served each morning in our renovated dining room. Breakfast at the Inn combines flavors from across Europe and North America such as: Bircher Muesli from Switzerland, French inspired stuffed crepes with béchamel, or traditional southern favorites like cheese grits soufflé. The Benjamin Ellis House Bed & Breakfast is just four blocks from historic Tryon Palace and one block from the Riverfront Convention Center, and steps away from quaint shopping, art galleries, restaurants and other attractions. Off street parking is available. 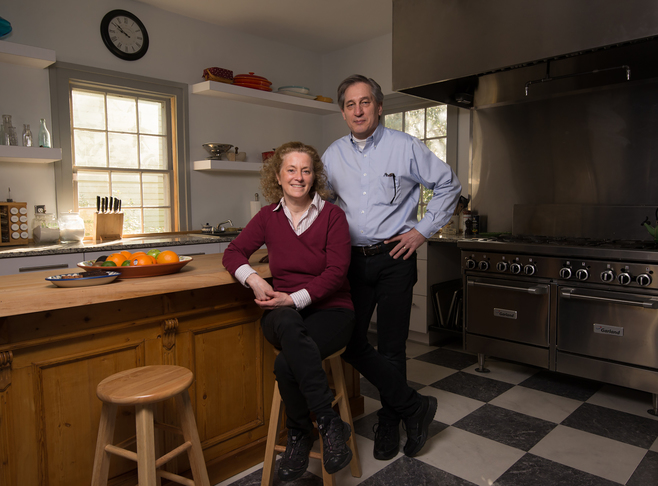 Tracy, born in Mystic, Connecticut, spent over 30 years in the computer industry with leaders such as Compaq Computer and Hewlett Packard. Gretchen born in Washington, DC, has a background in business operations and inventory control. While raising their three children, she ran two home based businesses – first a desk top publishing business and later as a sales consultant for a multinational kitchen products company.

In addition to their European experience, early in their marriage (before children) Gretchen and Tracy spent three years in Africa, living in Johannesburg, South Africa.

In 2014, the couple returned to the USA and after spending an anniversary weekend in New Bern, the couple fell in love with the historic town. Two years later they became the third set of Innkeepers for the then Harmony House Inn, now newly renamed Benjamin Ellis House.

Tracy brings his interest in history and his love of working with his hands to the business. Gretchen shares her culinary expertise gained from cooking classes taken around the world in preparing first class breakfasts each morning. Capitalizing on their multicultural and business experiences, Gretchen and Tracy Du Peza are infusing the Inn with international artwork, cuisine and a new vision while working to keep the history of the Benjamin Ellis house preserved and celebrated.