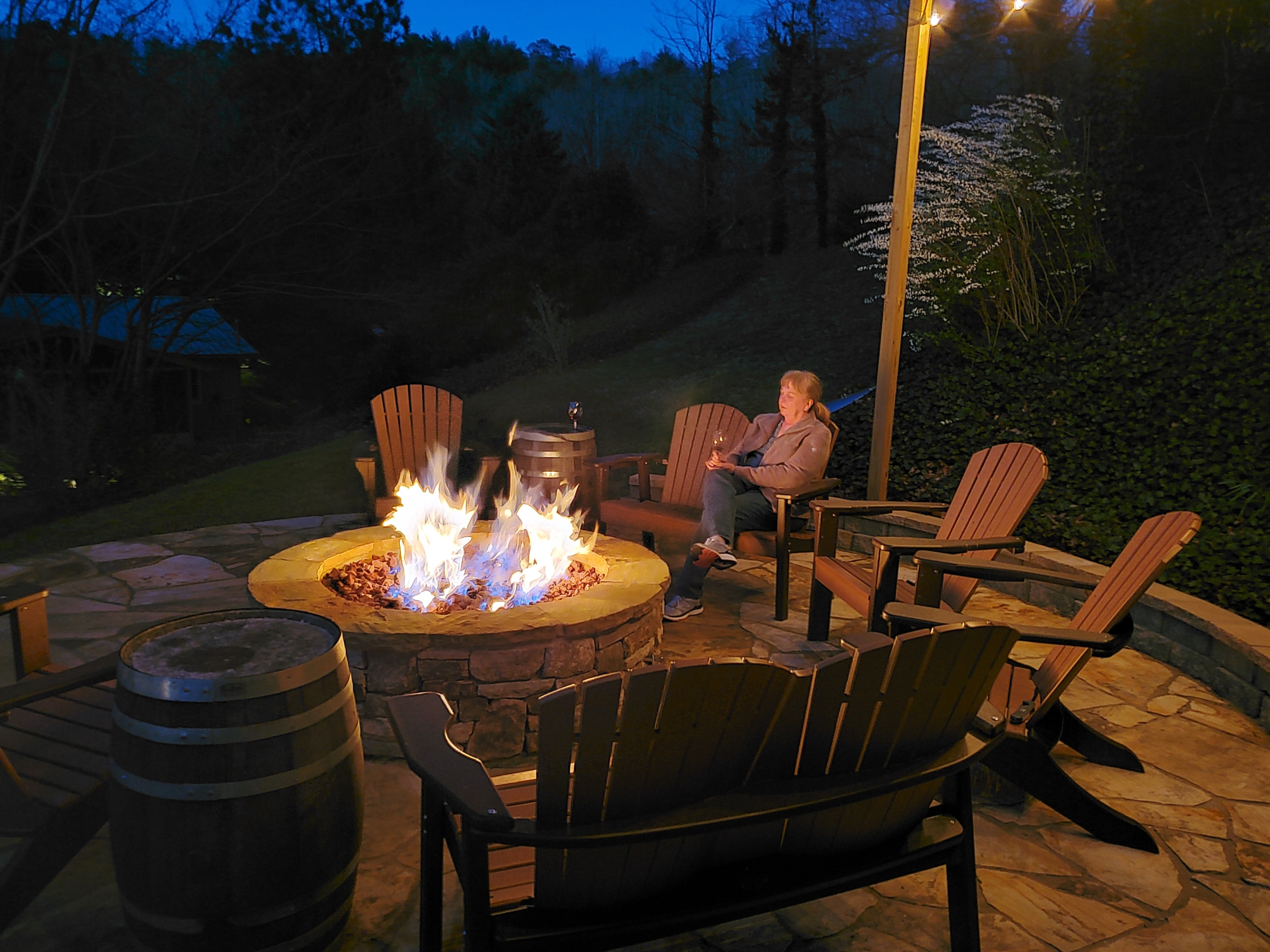 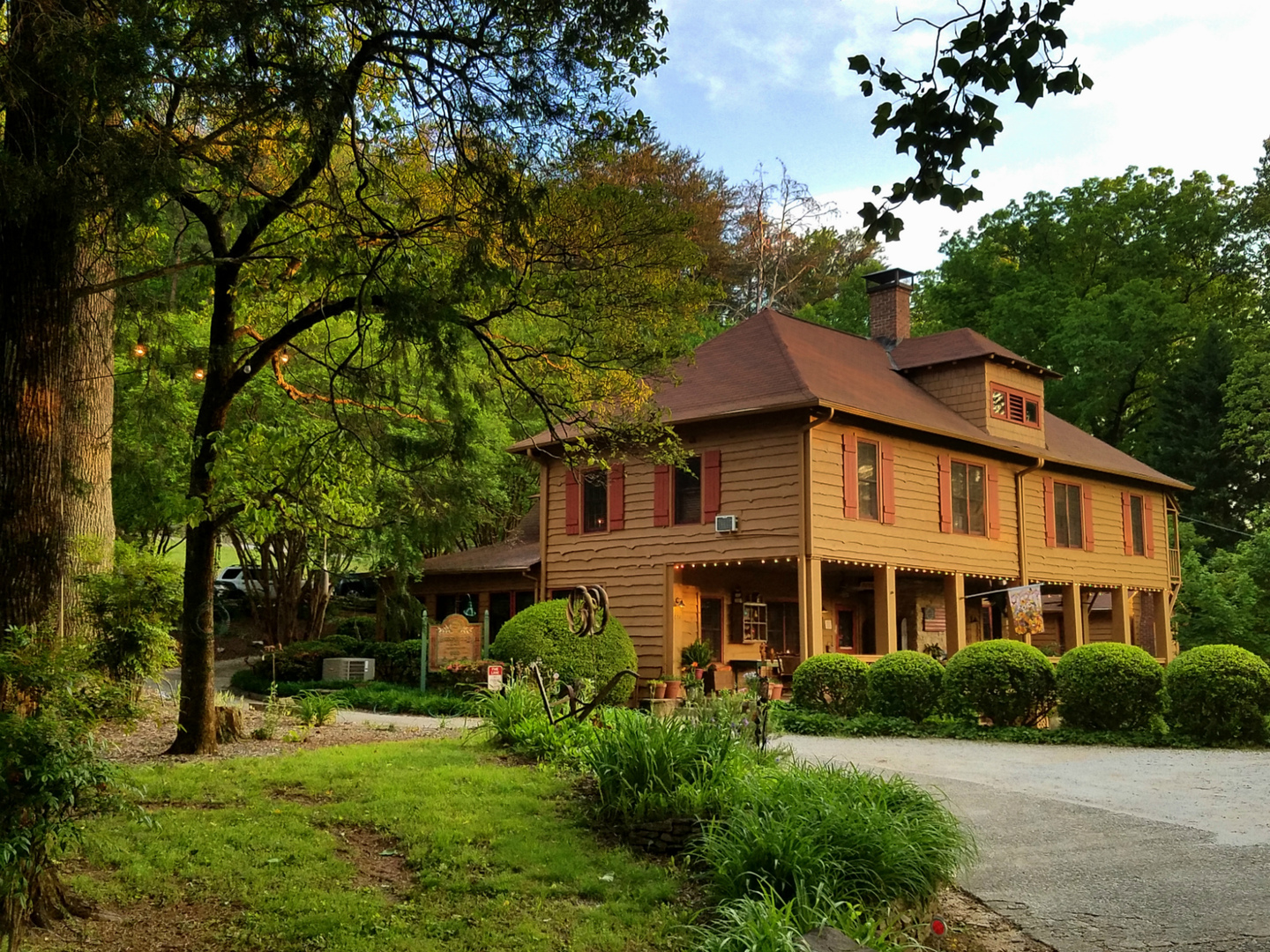 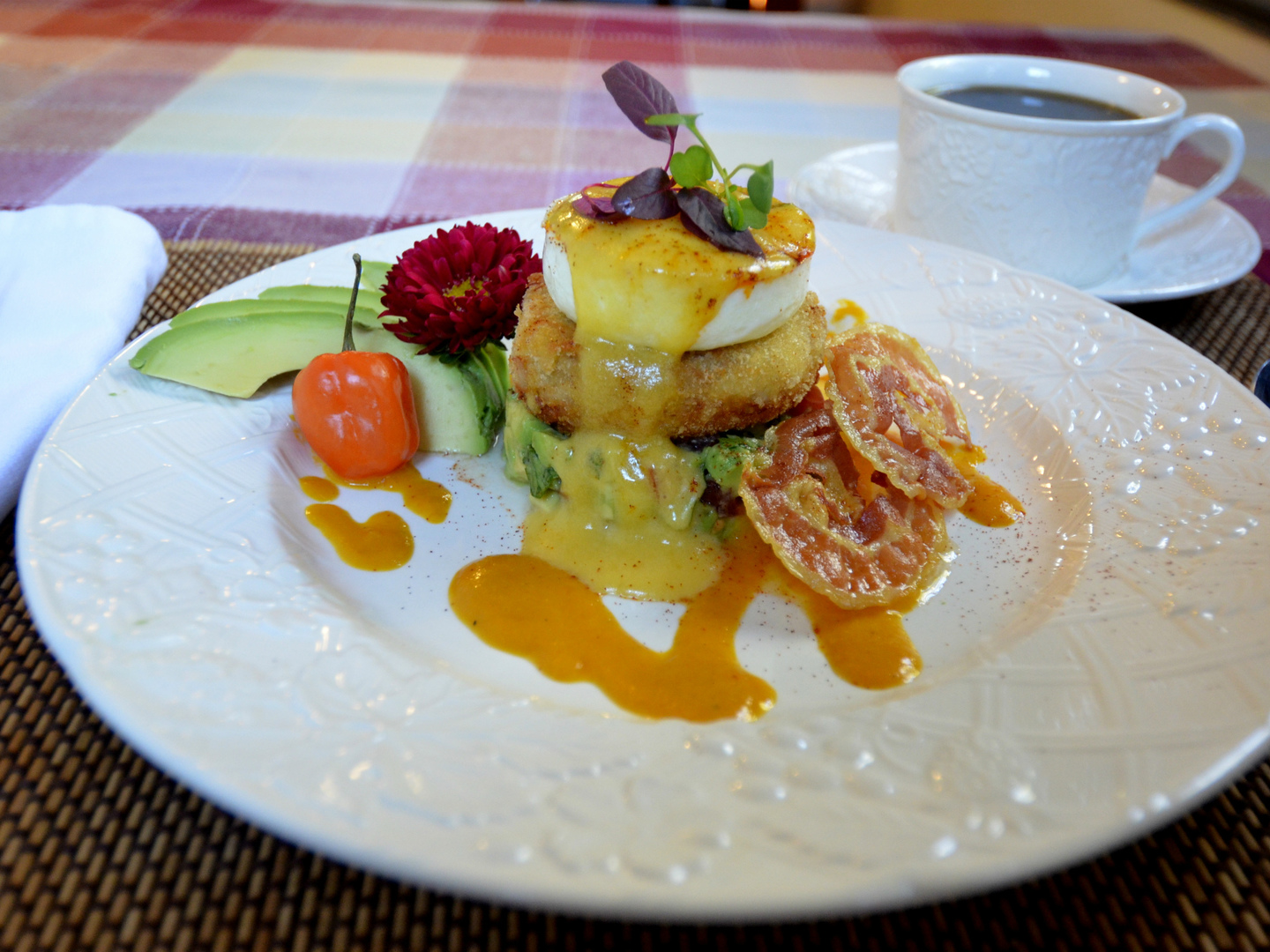 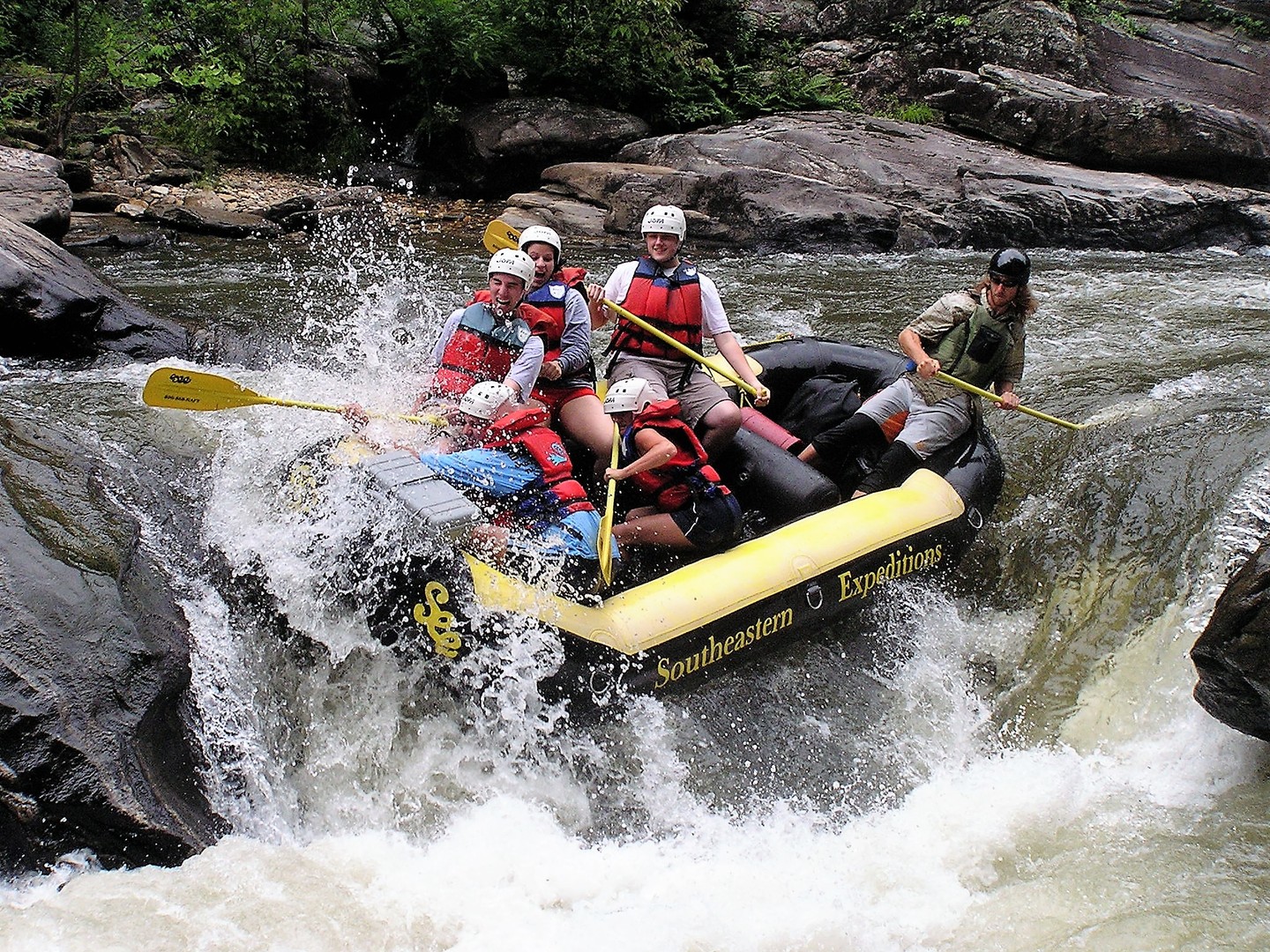 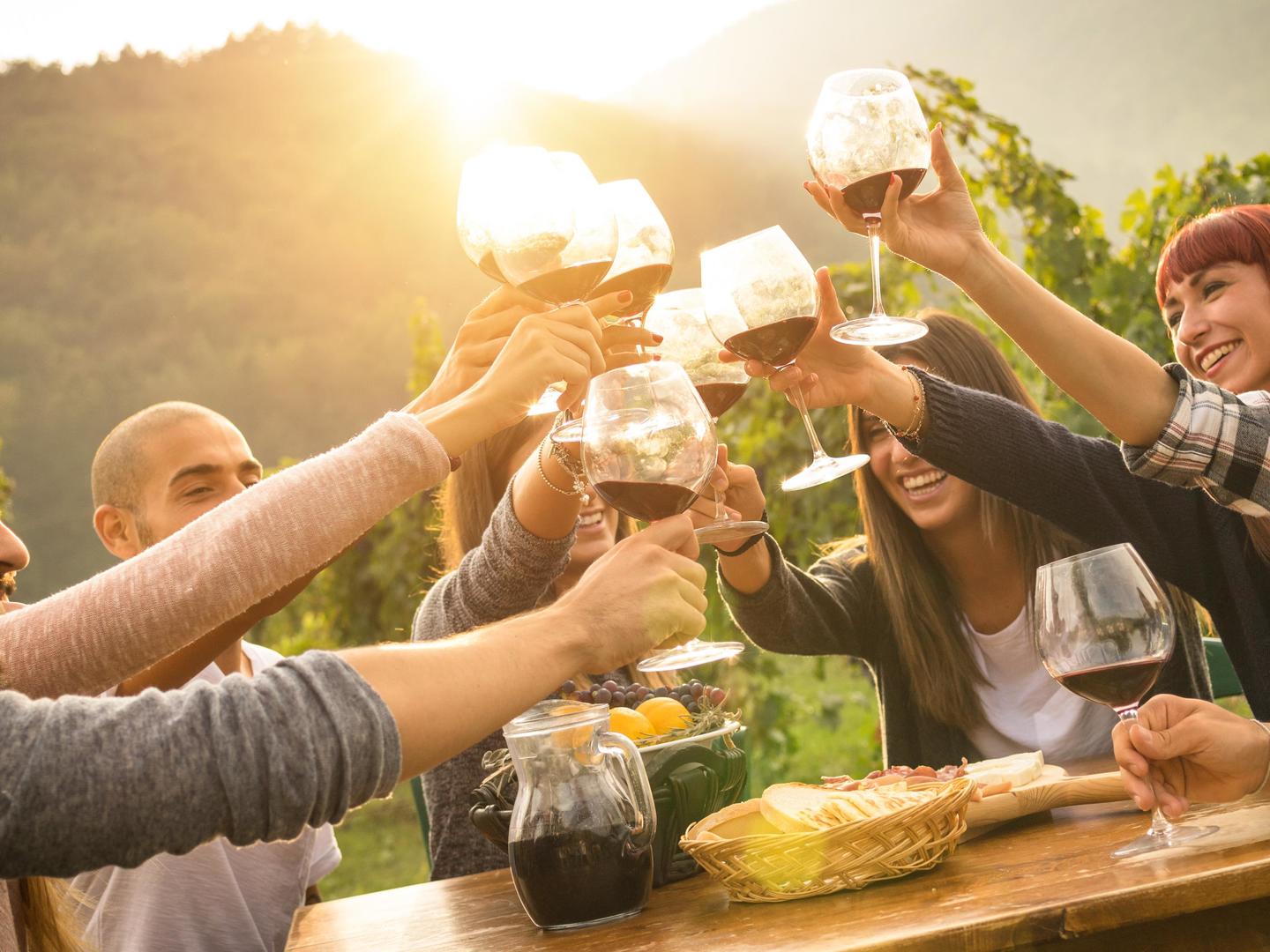 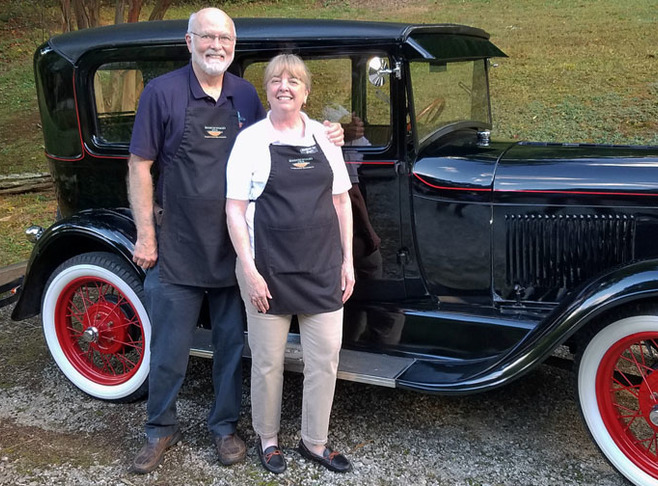 A Life of Food and Wine by Gerard Voos:

“It was so exciting at that time,” said Gayle Darugh, “because so many people were making it and selling it from their garage or whatever, and they were just passionate about it, and wanting to see what would happen if they came from all these different backgrounds to do this thing with the earth.” Such was the winemaking industry in California during the late 1960’s and early 1970’s.

Gayle and husband David own and operate the Beechwood Inn, a bed and breakfast, in Clayton, Georgia. Both were raised among the vineyards of California; Gayle in the Napa Valley and David in Sonoma County. David’s family owned and operated a restaurant, where he, “learned mostly about food, cooking in the restaurant,” he said, but he also picked up quite a bit of knowledge on wines at the same time. For Gayle, her early education in wines was more osmotic, but still effective. “At first,” she said, “what I always liked about it was the tie to the soil. How involved they were with the earth, the production of the grapes.”

Later on during college, David became interested in fine wines working part-time at a winery. He went on to write his senior thesis at San Jose State University comparing the operation of a small winery versus a large winery. David also worked as a clown during college, performing in parades and at Christmas parties for companies such as IBM and other Silicon Valley high-tech firms. He met Gayle while performing in a parade, jumping into the car she was riding in as Miss Fire Prevention. Wine was such a part of their lives that their first dates were at local wineries. In the tasting rooms, they could inexpensively indulge their tastes for good wine and food.

After graduation, David went to law school, and then entered the Air Force. After five years, he went to work as a lawyer with the Department of Energy (DOE) and Gayle joined the U.S. Park Service as an anthropologist. Their travels with the DOE took them to Oak Ridge, Tennessee where they built a house with a wine cellar. They taught wine appreciation classes at the University of Tennessee in Knoxville and hosted wine dinners at the UT Faculty Club. It was while in Tennessee and working in Appalachian communities that Gayle developed an appreciation and talent for the region’s music and instruments, especially the dulcimer.

From Oak Ridge until recently they lived in Augusta, Georgia. David worked at the Savannah River Site as Lead Counsel and Gayle was a community income manager with the American Cancer Society. To expand their culinary repertoire, they have studied in Dijon, France; Sonoma, California; and Santa Fe, New Mexico. It was during a separate trip to Dijon that they were knighted into the Ducal Order of the Cross of Burgundy. The Ducal Order is, “based on the Order of the Golden Fleece back in the years of chivalry and knights,” said David. “They are chivalrous orders that are interested in the food, wine, gastronomy, customs and chivalry of France.” The knighting took place at the Palace of the Dukes of Burgundy in a very elegant ceremony, during which, period instruments were played and participants wore tuxedos and gowns, and displayed their crosses.

During 1999, Gayle served as national president of the American Wine Society. David continues to serve as the Society’s general counsel. Describing her experience working with wine enthusiasts, Gayle said, “We’ve worked with people from all across the U.S. at all levels; from the vineyard owners, the amateur winemakers, the professional winemakers. It’s just fascinating what people bring to it, the great variety of people involved in it.” David added, “As a lawyer, you see the bad sides of people, and lawyers aren’t much fun to work with, they’re aggressive people. But the people in the wine industry, and the combination business like B&Bs, I would say that the quality of people is just wonderful. The people love other people and love showing off their wines. It’s just a fun, entertaining thing to be engaged in.” They continue to teach about wine, “trying to do a monthly wine tasting either here on our premises or, because of the size of the crowds we are getting, we’ll use some of the restaurants around here when they’re closed on Sundays,” David said. He continued, “We’re also doing wine dinners with some of the restaurants where we put together…a matching dinner with wines.” David and Gayle proudly proclaim the increasing quality of Georgia-produced wines, including their own label. Comparing Georgia wines to others from around the country, David said, “They’re on their way. They are on a trajectory to equal the best wine growing regions in the country. They just need a few more years of study to match the best grapes to the best soils and microclimates. Right now they do equal many of the good wines in the country.”

Asked what advice they would give to a person just learning about wines, David said, “Just don’t take it too seriously. Enjoy the wines and enjoy drinking wines for the companionship and interest of meeting new people.” He continued, “Second, try wines with foods, because wine in France is not just a beverage…wine is a part of the meal. That’s when it becomes a little bit more serious—matching foods to wines.”

Southern Living Magazine names Beechwood Inn “One of the South’s Most Charming Inns.”